Beeple, a digital artist, has just sold a jpeg file — a digital image — for $69 million, or around Rs. 501 crore, through a first of its kind auction at Christie’s. The famous auction house had tweeted last month that it was going to hold the auction for Everydays – The First 5000 Days, by Beeple, as the first purely digital work of art ever offered by a major auction house. Everyday’s is the name of a series of artworks created by Beeple, who has been creating a new digital picture every singe day since 2007. The artist has been well known for his digital art but his fame started to blow up in the last few months as NFT mania took hold, as one of the most popular artists among collectors.

In it’s tweet announcing the end of the auction, Christie’s noted that Beeple entered the rarified air of the most most valuable living artists in the world. It’s staggering to think that a simple jpeg file, of the image on the top of this article that you can copy and paste to your computer, is being sold for such a sum of money, but this particular digital file is unique because it has been authenticated using bitcoin, and is therefore unique. Only one person can have this copy of The First 5000 Days.

NFTs are a relatively new trend in the cryptocurrency world, but they have been gaining ground rapidly. The name stands for Non Fungible Tokens, and very very simply put, each one is a blockchain entry that represents a unique item that cannot be interchanged with another. NFTs don’t have to be images, though they often are. Videos, in-game items in video games, and even a tweet have been auctioned as NFTs.

These have been bought and sold using the popular cryptocurrency Ethereum, which at the time of writing is priced at approximately Rs. 1.3 lakh per ETH. In fact, this is one of the times where Christie’s was accepting payments in cryptocurrency — a note on its page for the auction read: “Please note that you may elect to make payment of the purchase price for this lot in the cryptocurrency Ether. Payment in Ether must be made via a digital wallet transfer of Ether to Christie’s.”

Although anyone can create NFTs, and there are now marketplaces like OpenSea to generate and sell these digital artworks, many have also criticised the format for the fees involved, the uncertain return for artists as the value of cryptocurrencies remains unstable, and the environmental impact of digital tokens, with even Bill Gates raising concerns about the energy consumption of Bitcoin.

But for artists like Beeple, such a moment is simply life changing. In a video on YouTube, Beeple mentioned that he has not missed a single day of creating art since he started, and also that he does not keep a backlog — each piece is created fresh on the day. The First 5000 Days is a collage of the works he’s made since he began, collected into a single image of 21,069 x 21,069 pixels, minted as an NFT on February 16, 2021. 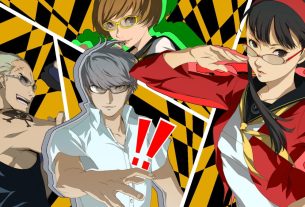 Persona 4, 3 to Release on PC, Modern Consoles This January 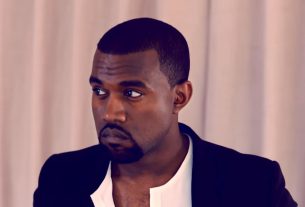