What are the best casual games on iOS and Android that you should have on your phone? Sometimes, when you want to take a break for even just five minutes or so, you’ll often tend to pick up your phone. Unfortunately, there’s no new notifications, but you still want to look at the screen for a while only so you can tune out from what’s going on around you. You’ll look for your favourite game next, which is likely a casual one that doesn’t involve too much thought; you want a break, after all. Something that doesn’t have a plot, and will likely get through a single play or level in less than five minutes.

We’ve played a bunch of casual games on both iOS and Android, and here are our top picks. We haven’t included anything on subscription platforms such as Apple Arcade, instead focusing on games that you can install and play individually. Our list covers both paid and free games.

Which is the best platform for smartphone or tablet gaming?

Both Android and iOS have a massive library of games, and are also compatible with gaming accessories such as wireless controllers. Apple’s iOS is generally considered the superior platform for games, but we believe that both Android and iOS are equally good when it comes to the quality of available games. However, iOS has better curation on the App Store, so you’re more likely to find a fun game that you like by simply browsing around. 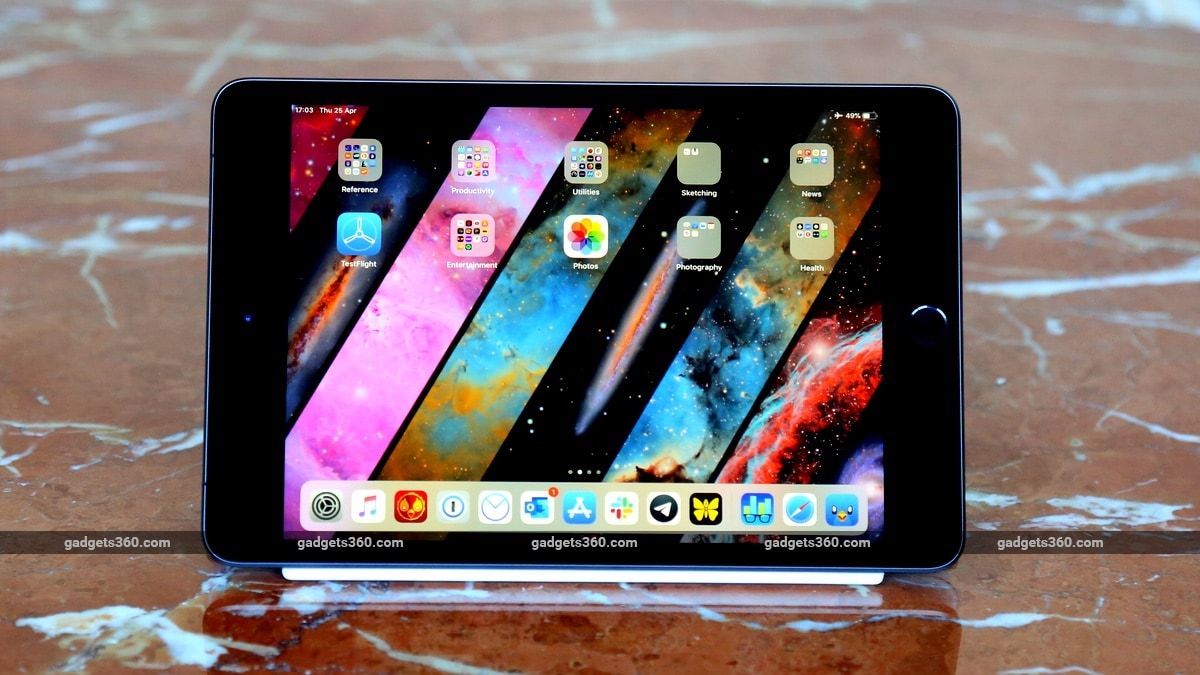 Casual games, in particular, tend to be a hit or miss situation; even if the game is fun, small issues such as the freemium model or frequent ads tend to ruin the experience. That’s why it’s important to find the right games to play, and it often makes sense to buy premium games or pay for ad removal in a game you might enjoy.

Finally, the bigger the screen, the better the gaming experience. While it might be convenient to pull out your smartphone to play games, a better and more enjoyable experience can be had when using a tablet. Compact options such as the iPad mini (2019) are convenient enough to pick up off your work desk every time you need a break.

A game for the city planner in all of us, Mini Metro puts you in charge of planning the metro system of a real-world city. This involves connecting stations, using multiple metro lines to ensure effective connectivity, and upgrading lines and stations to ensure that it never gets too crowded. All of this is represented on a classic metro map with a dynamic soundtrack that is coordinated with the flow (or chaos) of your metro system. 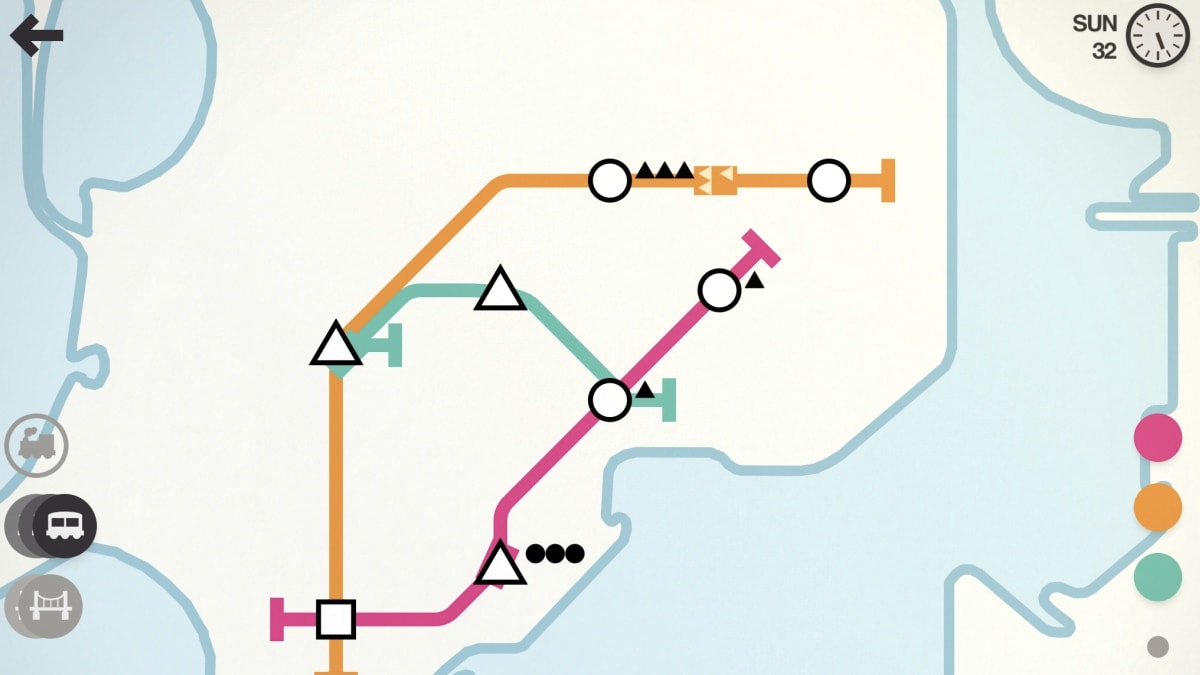 It’s a simple enough premise, and doesn’t take very long to figure out. The goal is to set a score of the number of commuters you manage to transport before your system collapses due to overcrowding. Each game lasts for around five minutes initially, increasing gradually depending on your skill level, while the music and pleasant visuals are soothing and easy on the senses.

The block-breaker game concept may be grossly overdone, but there’s no denying the therapeutic feeling of busting blocks with balls. Unlike the simple and ad-riddled versions that you’ll find on app stores, Holedown adds a bit of a plot and depth to the idea. You’re drilling through various planetary objects, and upgrading your tools as you go along. More enticing than the plot is the level of skill needed, and of course, the lack of ads in this paid game. 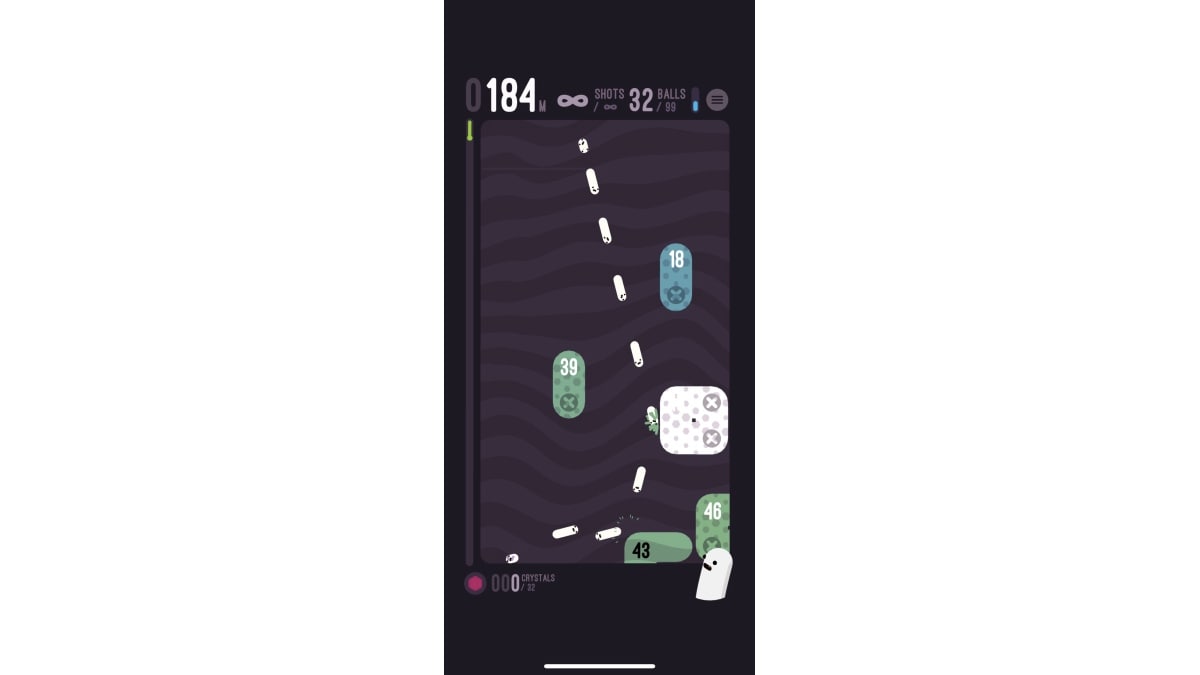 The main plot won’t take long to get through, but the game has enough in it to keep you coming back to better your high scores on each level. It’s an uncomplicated game that doesn’t ask too much of you beyond aiming and firing, and there’s a definite sense of joy in watching blocks getting bombarded by balls and counting down to their destruction.

Conduct THIS! (Free on iOS and Android)

A simple puzzle solver game based on train route management, Conduct THIS! Puts you in charge of getting passengers from one station to another within the timeframe, and without crashing into vehicles or other trains. The visuals are beautiful, and the game is easy to learn, with lots of maps and skill levels to keep you occupied. Each level at the start shouldn’t take you more than five minutes to play, and gets progressively more difficult as you go ahead. 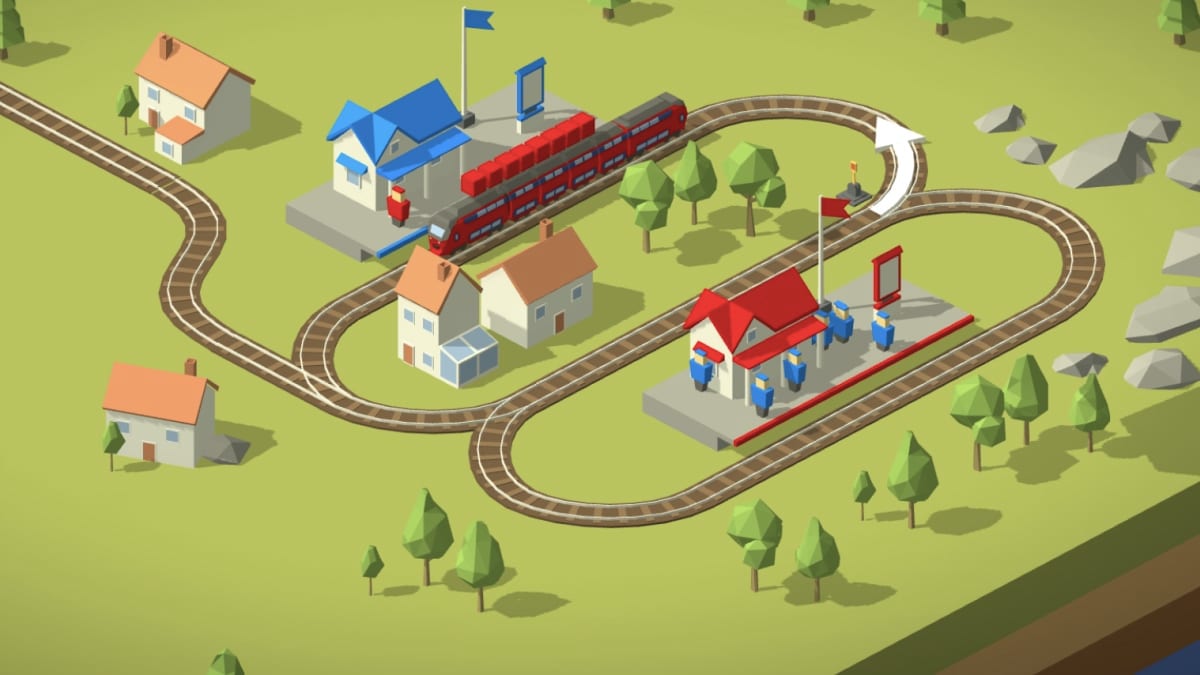 Much like the classic game Railways! but visually more impressive, Conduct THIS! is free to play, and is ad-supported with in-app purchases. However, the ads aren’t too intrusive, and the free-to-play segments of the game will keep you occupied for a long time. It’s a must-have for anyone who likes railway games.

This game puts you in charge of defending small British islands from Viking attacks in the middle ages, but softens the sombre tone of the subject matter with neat, cartoon-like illustrations and simple tower-defence style gameplay. As the new, inexperienced ruler of a kingdom of islands, you need to make use of the resources at hand to defend the buildings on each island, while earning rewards for successful campaigns and upgrading your squadrons. 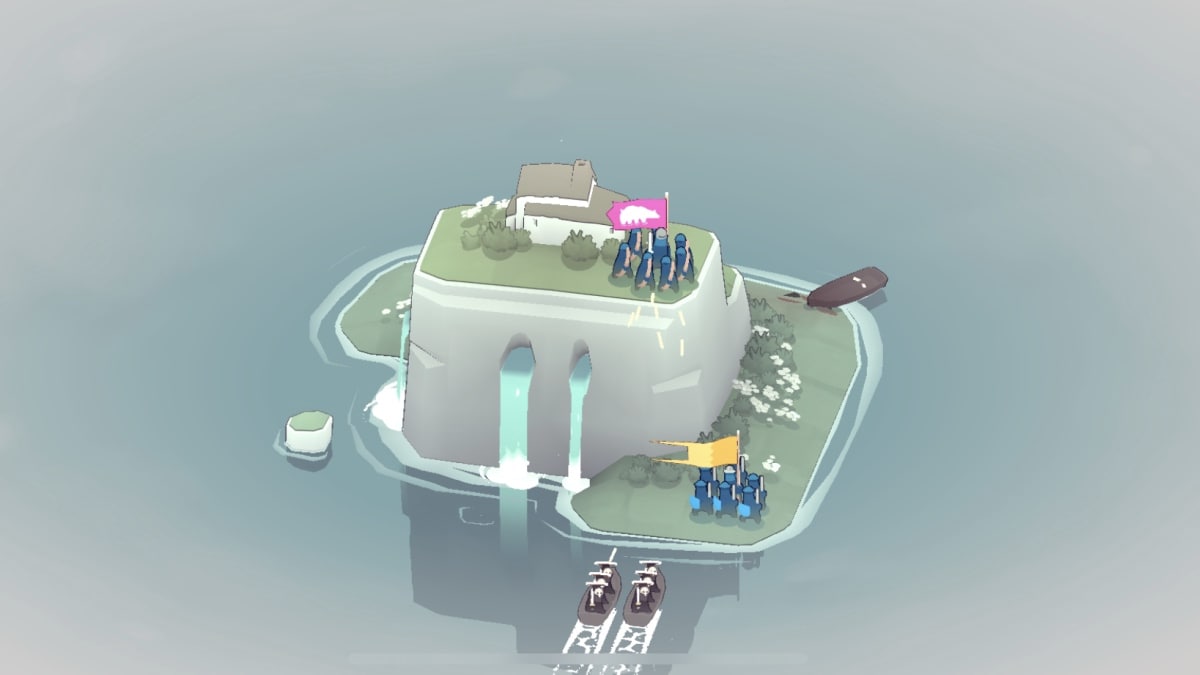 The gameplay is easy to learn, while the strategies of winning may take a while longer to master. Either way, each battle takes just a few minutes to complete, and the campaign is extensive enough to keep you occupied for a long time. It’s expensive on both iOS and Android, but is completely worth the price purely for the gameplay and graphics.

A rather old game, but one that sprung back to relevance last year for obvious reasons, Plague Inc. has you take the form of a deadly disease that seeks to wipe out humanity. Your job, as the virus, is to mutate and adapt so that you can infect – and eventually kill – everyone on the planet. It sounds a bit too intense, but the premise is engaging and even educational, while remaining easy enough for quick games that don’t last too long. 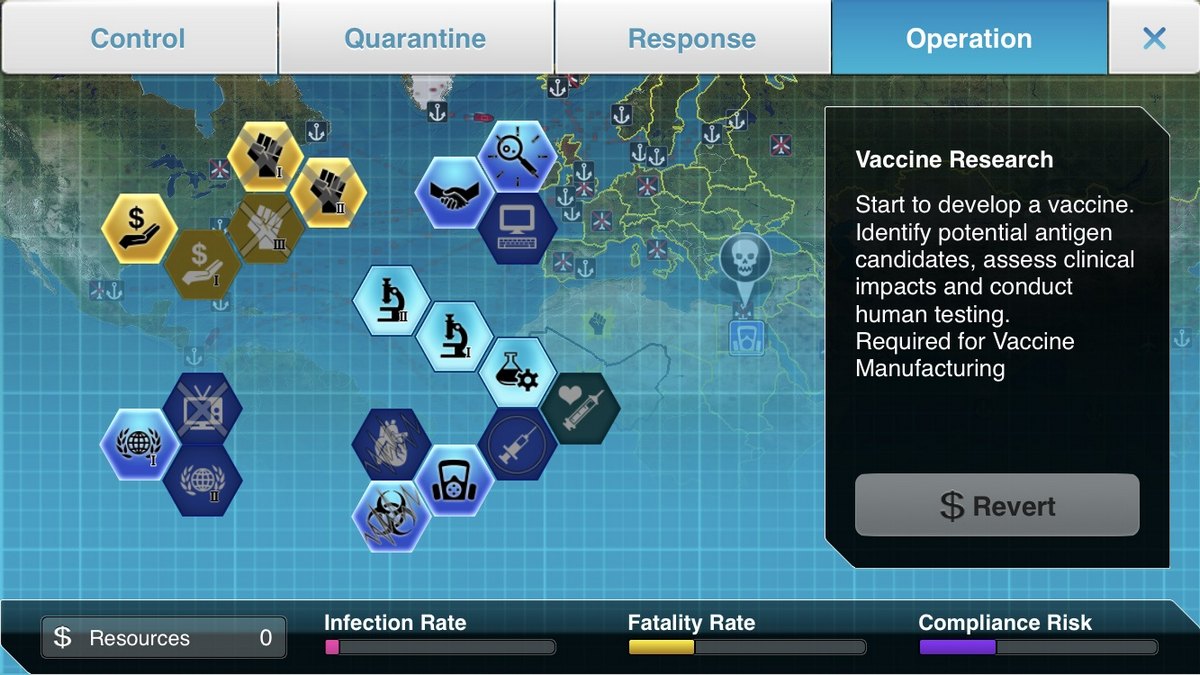 Interestingly, Plague Inc. now has an expansion pack that does the opposite of the original game; you’re fighting Covid-19 itself, till you end the pandemic. Although old, play this game only for the relevance of the subject matter, and also because it’s free right now.

No list of casual mobile games can be complete without the inclusion of an Asphalt title, and Asphalt 9: Legends is among the best racing games for the platform right now. Although the freemium model might get annoying, the fast-paced racing, real-world cars, and stunning graphics more than make up for it. It also works well on a wide variety of devices across price ranges.

Each race lasts just a few minutes, and the time you spend in menus is minimal; the game gets you into races of different kinds quickly and efficiently. Although, there are better racing games available on both iOS and Android if you’re willing to pay, Asphalt is casual, arcade racing at its finest, and at no cost.


Ali Pardiwala writes about audio and video devices for Gadgets 360 out of Mumbai, and has covered the industry for a decade now. Ali is a Senior Reviewer for Gadgets 360, where he has regularly written about televisions, home entertainment, and mobile gaming as well. He is a firm believer in 4K and HDR on televisions, and believes that true wireless earphones are the future of the personal audio industry. Ali is available on Twitter as @AliusPardius and on email at alip@ndtv.com, so do send in
…More

Assassin’s Creed Valhalla: Dawn of Ragnarök Review — Did it Need to be a DLC? 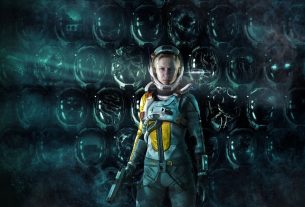 Returnal, Once a PS5-Exclusive, Lands on PC on This Date