Discord could be working on a Clubhouse-like feature, as per some users on Reddit. Discord already allows users to chat over voice-only or video calls but that is limited to a small group. The new feature, called Stage Channel, will allow Discord to host calls to a wider range of users on a single server. Clubhouse was launched in April 2020 and has since gain immense popularity among users. Twitter has already introduced its Clubhouse alternative with Twitter Spaces, while Facebook and Telegram are developing their own versions.

Discord’s Stage Channel was accidently discovered by a Reddit user, first spotted by XDA Developers. The feature sits alongside the existing Text, Voice, and Announcement channels within Discord. The new Stage Channel will be host only audio-only calls that will be meant to larger audiences. This feature will have a select number of speakers where the rest of the audience can request to speak, and the main speakers can select who can speak from the audience. This quite similar to how Clubhouse functions.

The Reddit post that described the feature has now been taken down. Even though the feature was visible to a select number of Discord users, there is no information from the company regarding the official rollout of the feature. The Reddit post also clarified that although the users were able to view the Channel Stage, they weren’t able to use the feature as intended. However, it was highly unexpected that public beta tests for the feature will be rolled out this soon as Discord data miners only spotted this feature a couple of days ago.

In other Discord-related news, WallStreetBets was banned from Discord in January this year for not doing the needful to mitigate the use of hateful speech on their servers. A representative from Discord said the move came after repeated warnings to the investor coalition for violating the community guidelines on the platform. 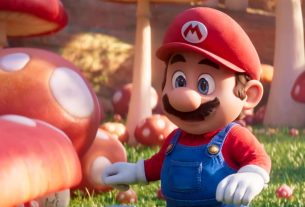