An Internet spin on talk radio, the new social network Clubhouse has become a sandbox for people tinkering with ways to win fans and make money with audio.

Clubhouse, still invite-only and accessible just through apps on Apple mobile devices, lets users drop into virtual rooms to join hosted conversations on any of a gamut of topics.

Taz Zammit recounted being in a Clubhouse “room” while a beloved DJ made millions of dollars auctioning off musical creations tuned to the hot trend of authentication with “non fungible token” technology.

“It was super exciting for me to get to experience such an amazing moment with him and his family and friends,” said the 26-year-old Australian, who is also a DJ.

“Those are the rooms that you just cannot get out of. You’ve got to stay there because it’s just too good.”

Launched nearly a year ago, Clubhouse – which has already encountered a censorship hiccup in China – is looking to establish itself as the standard-bearer for audio-only social media.

The concept is simple: once you’re invited to join, you can start or listen to conversations in digital “rooms,” ranging from a talk by someone famous to a chat within a small group.

Clubhouse is already valued at $1 billion (roughly Rs. 7,250 crore) and boasts some 10 million users a week.

Its popularity has been boosted by the pandemic and appearances by attention-getting figures such as Tesla founder Elon Musk and Facebook chief Mark Zuckerberg.

“You get a lot of different perspectives, different insights and inputs, that are so real, and timely,” said former television and radio personality Judyth Jernudd, now a leadership coach.

“While it’s still in beta, some of us are using it as a beta, too, for programs and shows we might want to launch.”

Fans are dabbling with ways to weave Clubhouse into their lives with uses like group study or work sessions that are mostly silence.

Facebook is rumoured to be working on an audio offering, tentatively called Fireside.

Twitter head of research Nikkia Reveillac said such a move could broaden the appeal of the platform because “some people want to engage in conversations, but have found it difficult to find these spaces, no pun intended, where you can have more nuanced empathetic conversations that are off-timeline.”

Time to tip?
Those able to draw followings or stage online events hope to make money.

“They definitely need to start thinking about ways for us to monetize quickly,” said filmmaker Toni Thai, a founder of an Audio Collective creators’ group at Clubhouse.

“I’ve had some really amazing rooms so far and I don’t want to burn out all my great ideas.”

Thai sees Clubhouse one day adding a sophisticated content recommendation system, like Netflix does for television shows or Spotify does for music, and perhaps adding podcasts.

Clubhouse is preparing to welcome all comers, which will ramp up challenges when it comes to keeping exchanges civil in rooms.

People running rooms can find themselves faced with tough decisions regarding what should or shouldn’t be allowed.

Zammit recalled a Clubhouse conversation with an LGBT theme during which a moderator cut someone off because of what was being said.

“The room had a really great discussion afterward, about how we can’t just silence people just because they have different beliefs to us,” Zammit said.

“But I also felt for the moderator who had to make that call because it was his room. And he wanted to protect that space.” 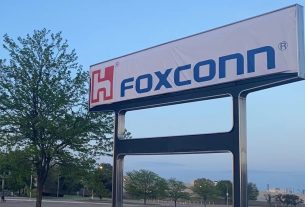