Redmi K40 has been reportedly spotted on India’s IMEI database. The phone was launched in China last month alongside the Redmi K40 Pro and the Redmi K40 Pro+. It has been tipped to launch as Mi 11X in India and as Poco F3 globally. The alleged IMEI database listing does not share any information about the Indian variant of the Redmi K40, but it does suggest that the phone is getting closer to launch. As of now, Xiaomi has not shared a release date for the phone in India.

Tipster Mukul Sharma shared a screenshot of a listing for a Xiaomi phone on Indian IMEI database with the model number M2012K11AI. The phone is believed to be the Redmi K40, which has been tipped to launch in India as the Mi 11X. The listing does not share any details about the phone, but it does suggest that it may be nearing an India lunch.

The Redmi K40, launched in China last month, is expected to debut globally as the Poco F3. The Mi 11 series is yet to launch in India and it looks like it will include a Mi 11X. Recently, it was reported that the Redmi K40 Pro+ could launch in India as the Mi 11X Pro while the middle of the pack Redmi K40 Pro could be exclusive to China.

If the Redmi K40 does launch in India as the Mi 11X, the specifications become quite clear.

The Mi 11X could feature a 6.67-inch full-HD+ (1,080×2,400 pixels) AMOLED display with a 120Hz refresh rate. The phone may be powered by an octa-core Qualcomm Snapdragon 870 SoC and pack a triple rear camera setup that includes a 48-megapixel primary sensor, an 8-megapixel secondary sensor with an ultra-wide-angle lens, and a 5-megapixel tertiary sensor with a macro lens. On the front, it could come with a 20-megapixel camera sensor.

The Mi 11X may have up to 256GB of UFS 3.1 storage and an in-display fingerprint sensor. It could be backed by a 4,520mAh battery that supports 33W fast charging. 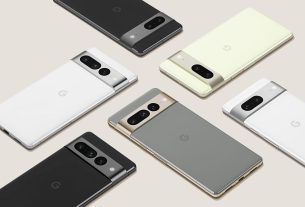