Xbox Live is being rebranded as Xbox network by Microsoft. The first instance for the change in name, where clips were uploaded to Xbox network rather than Xbox Live, appeared for Xbox beta testers on the Xbox dashboard recently. Xbox Live was introduced in 2002 for the original Xbox and has subsequently been updated in some way or the other with each Xbox console launch. The online service was launched for gamers to connect and interact with their friends who own Xbox consoles, download games, and much more.

“’Xbox network’ refers to the underlying Xbox online service, which was updated in the Microsoft Services Agreement,” a Microsoft spokesperson confirmed in a statement to The Verge. “The update from ‘Xbox Live’ to ‘Xbox network’ is intended to distinguish the underlying service from Xbox Live Gold memberships.”

Microsoft had hinted about the name change through its Services Agreement in August 2020 but didn’t make an official announcement yet. Xbox network, formerly Xbox Live, is the company’s online service that lets gamers play online, interact with friends, and download games. Without this, users cannot access any Internet-based service on the consoles.

Microsoft is also reportedly planning to remove the Xbox Live subscription requirement for free-to-play games like Fortnite and Apex Legends in the future. However, the company hasn’t announced when the paywall for the games will be removed.

In other Xbox-related news, EA Play was introduced to Xbox Game Pass free-of-cost to subscribers first on Xbox and then subsequently to subscribers on Windows. This brings titles like FIFA 20, Need for Speed Heat, Battlefield V, and Star Wars Jedi: Fallen Order to subscribers. 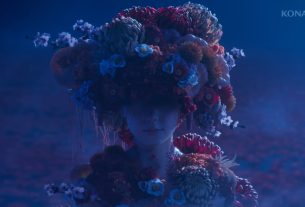