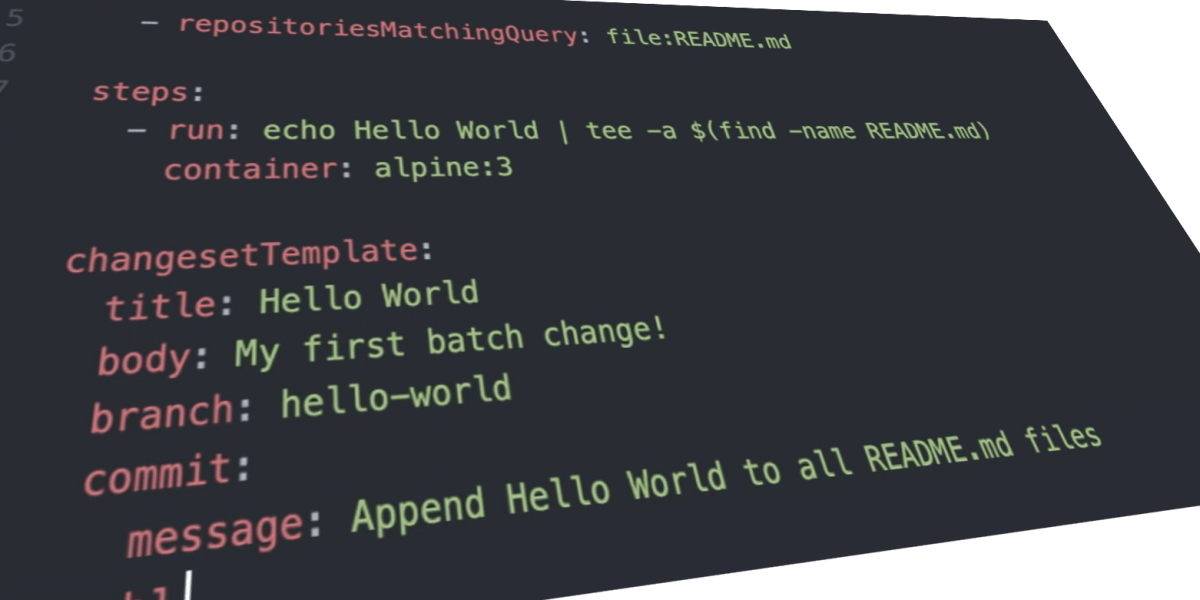 Sourcegraph, a universal code search platform used by companies such as Amazon, Uber, Atlassian, PayPal, Qualtrics, and Cloudflare, has launched a new feature designed to help enterprises accelerate their development “velocity,” a metric used in agile development to represent the amount of work a team handles during a sprint.

With batch changes, which officially rolls out today, companies can automate and track large-scale code changes across all their repositories and code hosts, saving up to 80% of their time versus existing manual methods, according to Sourcegraph.

Founded out of San Francisco in 2013, Sourcegraph straddles the various strands that constitute modern developer operations (DevOps) teams, including editors, repositories, programming languages, file formats, and more. It’s ultimately designed to fix the “big code” problem, which is characterized by the sheer volume and variety of source code, systems, and tools that companies have to manage across projects. As expectations around speedy software cycles increases, this puts extra pressure on developers to optimize how they work.

This is where Sourcegraph comes into play, serving to help developer teams find and fix things across all their code. So if a developer needs to know how to use a particular function or service, or where the correct library is for a particular task, they turn to Sourcegraph.

While Sourcegraph has always allowed its users to search for every repository file and line of code that might need to be modified as part of a large-scale refactor, it didn’t previously offer any functionality to execute this — and that is what batch changes is all about. “Sourcegraph now enables companies to automate and support large-scale code changes end-to-end,” CEO and cofounder Quinn Slack told VentureBeat.

With batch changes, Sourcegraph is looking to fix a problem that is more inclined to impact larger businesses with multiple developer teams and departments, though in truth it could prove useful for any project that shares code across multiple repositories. Companies will often create boilerplate code and components that can be reused by different teams and projects, but when it comes to modifying that code, they then have to relay those changes to all the other teams that use it — this can be “slow, painful, and have a low completion rate,” according to Slack. “This might result in a lot of legacy code just not being updated, which creates technical debt.”

And so with batch changes, companies can alter the boilerplate code and apply the changes to whichever repository the code may reside in. “They can then track the progress of that large-scale change as repository owners review and accept it,” Slack added.

Batch changes could prove useful in myriad scenarios, such as issuing security fixes. The code to fix a flaw might be straightforward to write, but if the issue exists in hundreds of repositories, it could be a ghastly time-consuming nightmare deploying the update and then ensuring each pull request is accepted into the main codebase.

Major technology companies such as Facebook and Google have developed their own proprietary universal code search platforms for use internally, and these often include tools to automate code changes — Google has built a tool called Rosie for its “find-and-replace” functionality.

“Instead of building this functionality internally, which would be extremely time and cost intensive, businesses can now use batch changes,” Slack said.

Sourcegraph has raised $73 million across two rounds of funding in the past 12 months, with big-name backers including Sequoia, Redpoint, and David Sacks’ Craft Ventures.