Shares of ViacomCBS and Discovery continued their dramatic plunge Friday, down 30% and 31%, respectively.

That’s led to ViacomCBS shedding more than 53% for the week, while Discovery has dipped about 49%.

ViacomCBS shares began to fall earlier this week after the company announced it would raise $3 billion from new stock offerings. It was also downgraded to underweight from equal weight by Wells Fargo, which also downgraded Discovery from overweight to equal weight.

ViacomCBS and Discovery have been heavily shorted companies, as investors remain skeptical of the companies’ long-term prospects in the crowded media landscape. The contagion effect from the recent short squeezes on GameStop and AMC Entertainment (not AMC Networks) led wary investors to cover bets on ViacomCBS, Discovery and AMC Networks, as CNBC previously reported.

“What’s changed is [ViacomCBS] went from a net short position where there was a squeeze, and not a lot of stock available, and then the company issued a lot of new stock,” Ariel Investments’ Charles Bobrinskoy said Wednesday. “That put a change in the dynamic where there’s not the same type of short squeeze.”

Investors also traced the pullback to a signal from ViacomCBS management that suggested the equity was overpriced.

“We never, ever thought we would see Viacom trading close to $100 per share,” MoffettNathanson analyst Michael Nathanson said. “Obviously, neither did ViacomCBS’ management as they appropriately sold $3 billion worth of stock/converts at the elevated levels to help clean up their levered balance sheet and invest more in streaming.”

Tesla double-charged some customers for new cars, leaving them desperate for refund details 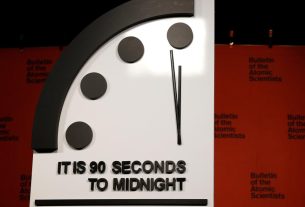