Mi 11 Ultra, the newest premium model by Xiaomi that was launched on Monday, has surpassed the Huawei Mate 40 Pro+ and become the latest number one smartphone on the DxOMark camera rankings. The Mi-series offering carries a “pro-grade” camera setup at the back that includes a massive, 50-megapixel primary Samsung GN2 sensor. DxOMark said that the flagship camera sensor is close to the traditional 1-inch sensor available on Sony’s RX cameras. The Mi 11 Ultra has also achieved 100 points particularly in the zoom test. It’s significantly higher than the 68 points received by the iPhone 12 Pro Max and the 76 points by the Samsung Galaxy S21 Ultra 5G.

Although benchmark website DxOMark is yet to bring out its detailed Mi 11 Ultra camera review, it has shared some scores highlighting the image-taking and video-recording performance of the new smartphone. The Mi 11 Ultra has received an overall camera ranking of 143 on the DxOMark benchmarks. This is higher than the 139 points received by the Huawei Mate 40 Pro+, which led the list of top camera smartphones by DxOMark up until now.

In terms of different results, the Mi 11 Ultra got 148 scores for its still photography, 100 for zoom, and 117 for video. The phone seems to preserve texture in still photos quite significantly over the competition. Some comparison shots have also been provided by the DxOMark team to give a glimpse at the onboard advancements.

The Mi 11 Ultra has the ability to switch between 60fps and 30fps frame rates in 4K to provide appropriate video quality results. There is also an all-new HDR mode implementation to attract mobile photographers.

Xiaomi has brought the Mi 11 Ultra to both China and global markets with a starting price of CNY 5,999 (roughly Rs. 67,000) for the 8GB RAM + 256GB storage variant. The phone features a 2K WQHD+ Samsung E4 AMOLED display and is powered by a Qualcomm Snapdragon 888. It also includes a secondary 1.1-inch AMOLED display at the back — letting users to easily capture selfies and make video calls using the secondary display. 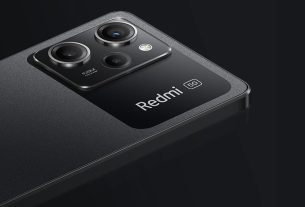 Redmi Note 12 Turbo Tipped to Be in the Works, Specifications Leaked