A 22-year-old man from the U.S. state of Kansas has been indicted on charges that he unauthorizedly accessed a public water facility’s computer system, jeopardizing the residents’ safety and health in the local community.

Wyatt A. Travnichek, 22, of Ellsworth County, Kansas, has been charged with one count of tampering with a public water system and one count of reckless damage to a protected computer during unauthorized access, according to the Department of Justice (DoJ).

“By illegally tampering with a public drinking water system, the defendant threatened the safety and health of an entire community,” said Lance Ehrig, Special Agent in Charge of the Environmental Protection Agency (EPA) Criminal Investigation Division in Kansas.

“EPA and its law enforcement partners are committed to upholding the laws designed to protect our drinking water systems from harm or threat of harm. Today’s indictment sends a clear message that individuals who intentionally violate these laws will be vigorously prosecuted.”

On March 27, 2019, Travnichek is said to have broken into a protected computer system belonging to the county’s Post-Rock Rural Water District, using it to shut down the cleaning and disinfecting processes at the facility.

The indictment doesn’t specify if the attack was successful and how it was detected. If found guilty, Travnichek faces up to 25 years in federal prison and a total fine of $500,000.

The development comes months after unidentified actors staged an intrusion at a water treatment facility in the state of Florida and changed a setting that drastically altered the levels of sodium hydroxide (NaOH) in the water. 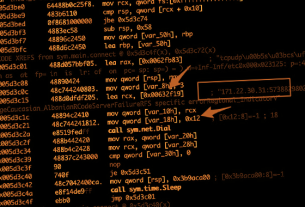 This New Tool Can Retrieve Pixelated Text from Redacted Documents