Twitter Fleets, the social media platform’s disappearing post feature, is getting the ability to add stickers in the form of GIFs and Twemojis. The feature will be available for both Android and iOS users on their smartphones. Twitter Fleets lets users express their thoughts, opinions, and feelings in a disappearing story format — much like those on Facebook, Instagram, Snapchat, and WhatsApp — that stay on the platform for 24 hours and then gets deleted automatically. All the posts, or Fleets, appear at the top of the screen, in what Twitter calls the Fleetline.

In a recent tweet, first spotted by The Verge, Twitter Support team announced that users can add stickers to their Fleets stories by tapping on the smiley face icon at the bottom of the screen. This will let users add animated stickers to their stories in the form of GIFs or Twemojis. Twemojis are animated versions of some popular emojis like the heart, flame, laughing face, thinking face, and facepalm, among others. Users can simply tap on the stickers to add to their stories and drag them around the screen to resize and place as needed.

Your Fleets just got an upgrade.

Now you can express yourself in the conversation with stickers. Add GIFs and Twemojis to a Fleet by tapping the ???? icon, on Android and iOS. pic.twitter.com/Ihh9ZZh70a

Twitter tested the Fleets feature in June 2020 and India was among the first regions to get the feature too. The company tested the feature in Brazil and Italy before bringing it to India. Twitter says that users will not be able to retweet Fleets or even like them. However, users can respond to Fleets via the Direct Messaging feature on Twitter. Fleets is only available to users on the app as of now. Twitter allows users to view Fleets of people they don’t follow by visiting their profiles on the social media platform. Alongside, users can also check who has viewed their fleets.

In other Twitter-related news, the social media company is planning to compete with Clubhouse by releasing their own audio chat version called Spaces. This new feature will allow users to use audio-only chat rooms on the app and control who can participate, listen, and speak. Check out our guide on Twitter Spaces. 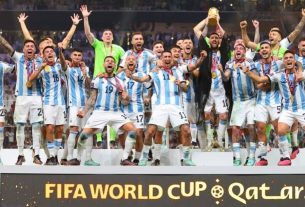 Twitter Begins Testing ‘Shops’ Feature to Grow E-Commerce, to Showcase Up to 50 Products