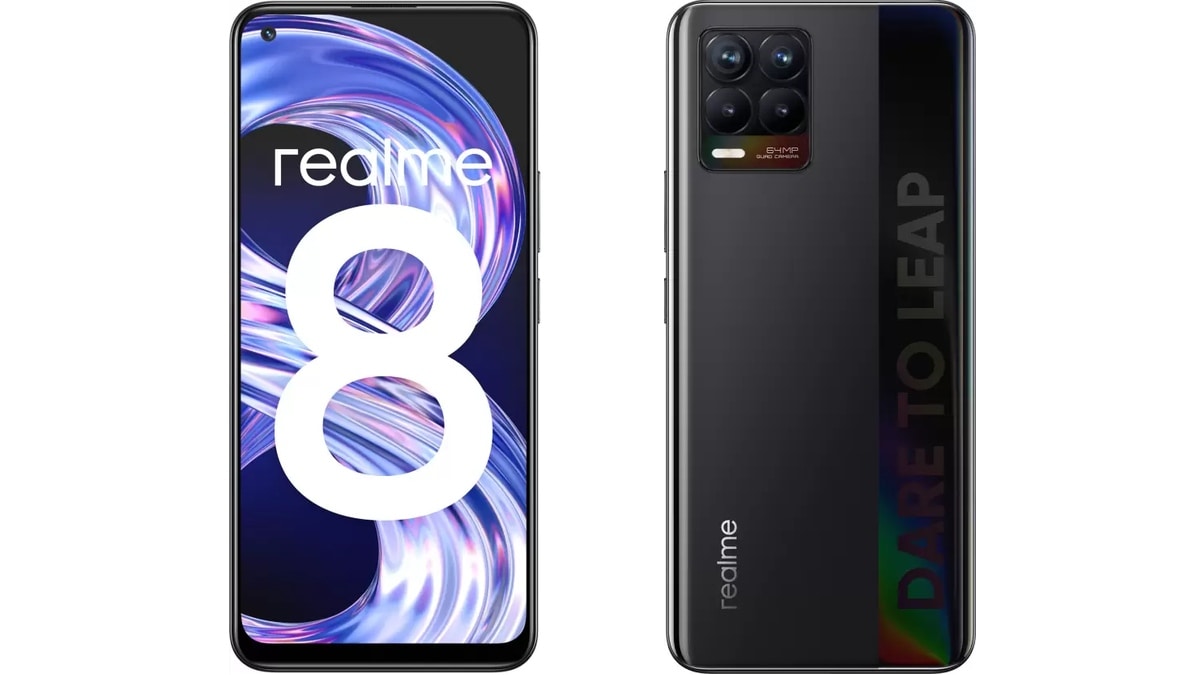 Realme 8 is reportedly receiving a new update in India to optimise camera and touch response on the Android 11-based Realme UI 2.0 OS, as per user reports on the Realme community forum. The smartphone was launched in India last month along with Realme 8 Pro. This marks the first-ever update for the smartphone. There has been no official confirmation on when the rest of the world will receive the update. Realme 8 is powered by an octa-core MediaTek Helio G95 SoC, paired with up to 8GB of RAM.

Users have reported on Realme’s community forum that Realme 8 is receiving camera and touch updates, sharing screenshots of the changelog. The user posts were first spotted by FoneArena. The new update gives the smartphone improvements to the camera in the form of optimised image quality of the rear camera, video quality of the ultra-wide camera, image quality of Ultra Night mode, and colour saturation of the selfie camera. Along with this, Realme is optimising the touch algorithm and response of the smartphone.

The update for Realme 8 comes with firmware version RMX3085_11_A.05 and is 201MB in size. It is advisable to download the update while the phone is connected to Wi-Fi and is on charging. Some users are also reporting that they aren’t satisfied with the camera quality of the smartphone even after the update.

Realme 8 was launched on March 24 and runs Android 11-based Realme UI 2.0. It features a 6.4-inch full-HD+ Super AMOLED display with a hole-punch display. It is powered by the MediaTek Helio G95 SoC, paired with up to 8GB of RAM and up to 128GB of onboard storage. For photography, it sports a quad rear camera setup with a 64-megapixel primary sensor, an 8-megapixel ultra-wide lens, a 2-megapixel macro lens, and a 2-megapixel black and white sensor. For selfies, the hole-punch cutout houses a 16-megapixel sensor. It packs a 5,000mAh battery with support for 30W Dart Charge fast charging.

Can Realme X7 Pro take on OnePlus Nord? We discussed this on Orbital, the Gadgets 360 podcast. Orbital is available on Apple Podcasts, Google Podcasts, Spotify, and wherever you get your podcasts.