YouTube is used by about 81 percent of people in the US, making it the most popular social media platform in the country in 2021, a report by Pew Research Center shows. The video sharing platform is followed by Facebook that is used by 69 percent of the population that took part in the survey conducted between January 25 and February 8, 2021. The survey also highlights that “roughly seven-in-ten Americans” still use social media platforms despite the controversies and the public’s negative sentiments about the aspects of social media.

As per the report titled Social Media Use in 2021 by Pew Research Center, 81 percent of those surveyed use YouTube — up from 73 percent in 2019. It is followed by Facebook at 69 percent. Facebook-owned Instagram takes up the third spot with 40 percent popularity. Pinterest is used by 31 percent of the people surveyed, and 28 percent participants said they use employment-oriented online service LinkedIn.

“One-quarter say they use Snapchat, and similar shares report being users of Twitter or WhatsApp. TikTok —an app for sharing short videos — is used by 21 percent of Americans, while 13 percent say they use the neighbourhood-focussed platform Nextdoor,” the report said.

In terms of growth, apart from YouTube, Reddit is the only other platform that experienced a statistically significant growth – increasing from 11 percent in 2019 to 18 percent this year. “Similarly, the respective shares of Americans who report using Instagram, Pinterest, LinkedIn, Snapchat, Twitter, and WhatsApp are statistically unchanged since 2019,” the report said. This shows that the rapid adoption of most of these sites and apps has slowed. Furthermore, the report says that Instagram, Snapchat, and TikTok have a strong following among young adults. 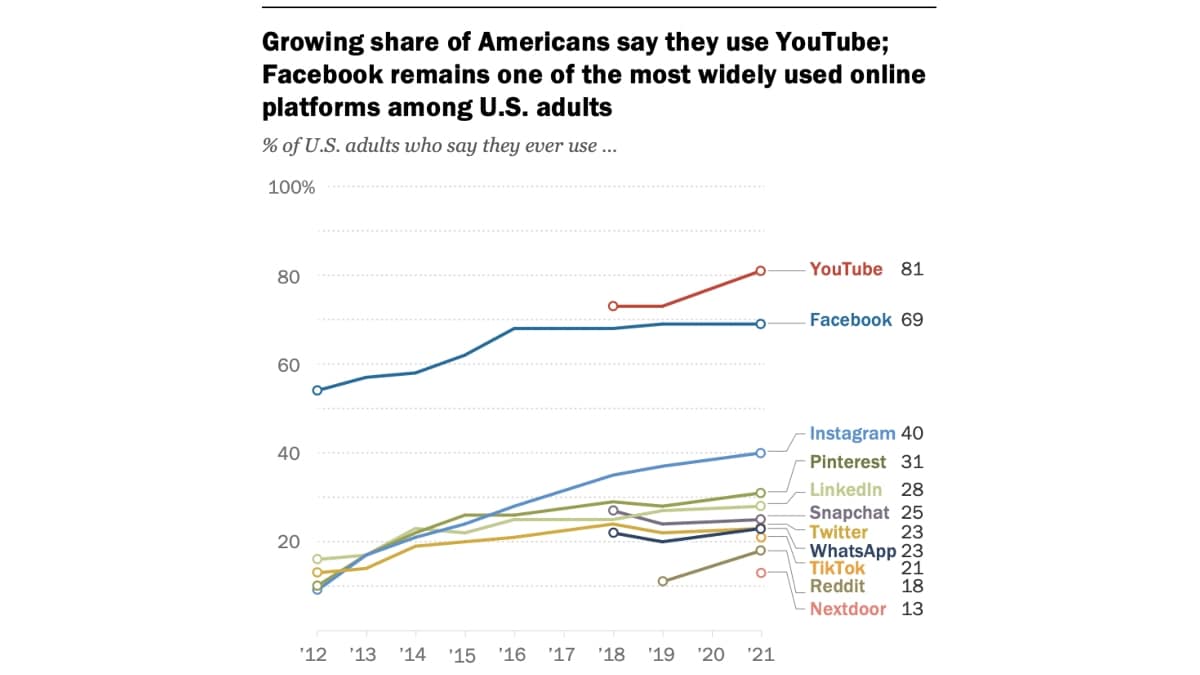 A majority of 18- to 29-year-olds say they use Instagram (71 percent) or Snapchat (65 percent), while “roughly half” say the same for TikTok. The report also shows a stark contrast in the usage of social media sites. For example, while 65 percent of adults aged 18 to 29 say they use Snapchat, only 2 percent of participants who are aged 65 and older report using the app.

Watch the Trailer for the Abhay Deol-Led Trial by Fire

Amazon Drug Peddling Case: 10 Dealers Registered at Same Address in Bhind From Where Marijuana Was Smuggled