APKPure, one of the largest alternative app stores outside of the Google Play Store, was infected with malware this week, allowing threat actors to distribute Trojans to Android devices.

In an incident that’s similar to that of German telecommunications equipment manufacturer Gigaset, the APKPure client version 3.17.18 is said to have been tampered with in an attempt to trick unsuspecting users into downloading and installing malicious applications linked to the malicious code built into the APKpure app.

The development was reported by researchers from Doctor Web and Kaspersky.

According to Kaspersky, the APKPure version 3.17.18 was tweaked to incorporate an advertisement SDK that acts as a Trojan dropper designed to deliver other malware to a victim’s device. “This component can do several things: show ads on the lock screen; open browser tabs; collect information about the device; and, most unpleasant of all, download other malware,” Kaspersky’s Igor Golovin said.

In response to the findings, APKPure has released a new version of the app (version 3.17.19) on April 9 that removes the malicious component. “Fixed a potential security problem, making APKPure safer to use,” the developers behind the app distribution platform said in the release notes.

APKPure is not the only third-party Android app hub to encounter malware. Earlier this week, Doctor Web researchers disclosed it found 10 apps that were compromised with Joker (or Bread) trojans in Huawei’s AppGallery, making the first time malware has been detected in the company’s official app store.

The decoy apps, which took the form of a virtual keyboard, camera, and messaging apps from three different developers, came with hidden code to connect to a command-and-control (C2) server to download additional payloads that were responsible for automatically subscribing device users to premium mobile services without their knowledge.

Although the app listings have since been “hidden” from the AppGallery store, users who have previously installed the apps continue to remain at risk until they are removed from their phones. The list of malware apps is below —

In addition, the researchers said the same malware payload was “used by some other versions of the Android.Joker, which were spread, among other places, on the Google Play, for example, by apps such as Shape Your Body Magical Pro, PIX Photo Motion Maker, and others.” All the apps have been removed from the Play Store. 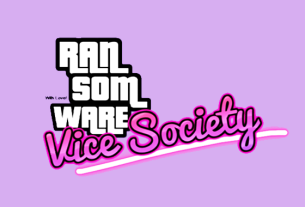