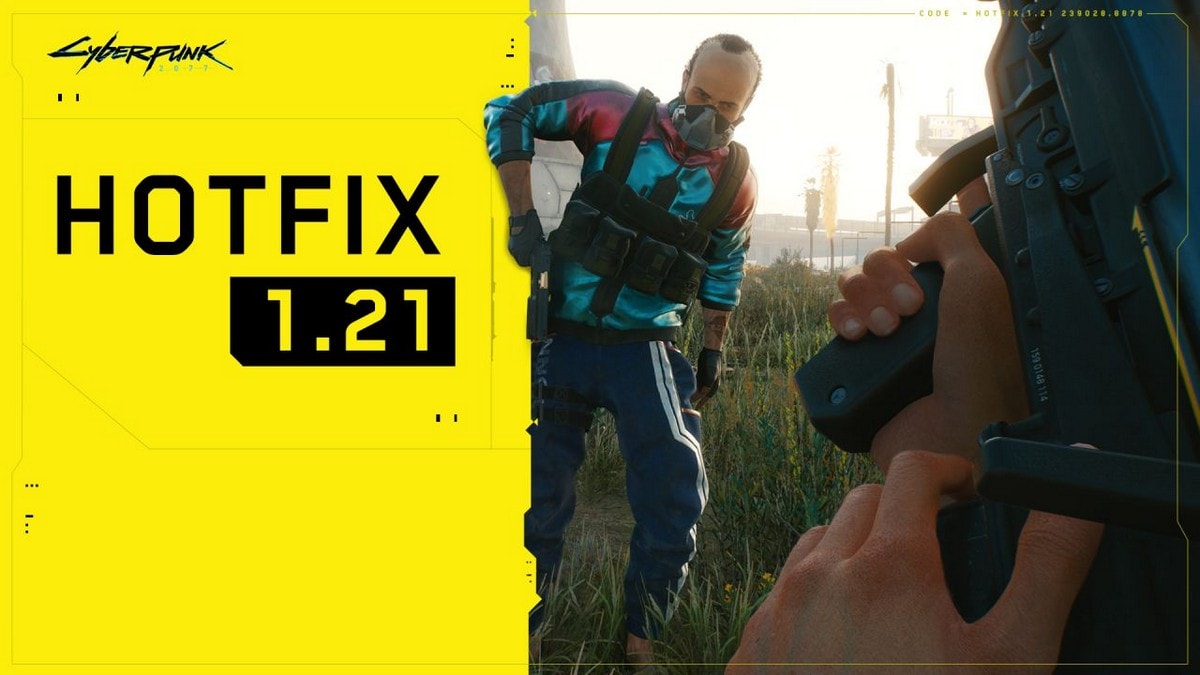 Cyberpunk 2077 has received its first hotfix update after Patch 1.2 and it fixes some of the issues created by said patch as well as further improves overall stability of the game. Hotfix 1.21 is live on PC, consoles, as well as Stadia. Just like other patches and hotfixes, CD Projekt Red has shared a long list of fixes and improvements that this hotfix brings and these include fixes for quest, open world, gameplay, UI, stability, and performance issues, apart from some console-specific changes.

As detailed on the official website, Hotfix 1.21 brings fixes and improvements to Cyberpunk 2077. In terms of the quest and open world related fixes, issues with Cyberpsycho Sighting missions including Discount Doc and Bloody Ritual have been addressed. In-game character Takemura will not get stuck in Japantown Docks during the Down on the Street mission. Hollocalls with Mitch should not get stuck post Hotfix 1.21. Crashes during the Hippocratic Oath gig have been addressed. There are several fixes for Big in Japan mission, along with a myriad of quest related fixes that have been pushed to the game.

In terms of gameplay and other fixes, NCPD officers will no longer spawn behind the player if they commit a crime on a rooftop. NPC clipping issues have been addressed as well. Scanning UI is now less cluttered. Memory management improvements have been made with Hotfix 1.21 for Cyberpunk 2077.

In terms of console specific fixes, the Japanese version of Cyberpunk 2077 on PlayStation 4 will now allow players to select stickers in Photo Mode using the circle button. On Stadia, some players were facing graphical issues on a bridge in Mikoshi during the Belly Of The Beast/Changes mission which have now been fixed.

Hotfix 1.21 is around 1.6GB on Steam and the size would vary depending on the platform. As per the timeline shared by CD Projekt Red, Patch 1.2 was the last major patch for the game and players will probably only receive smaller hotfixes to address issues with the game.

PS5 vs Xbox Series X: Which is the best “next-gen” console in India? We discussed this on Orbital, the Gadgets 360 podcast. Orbital is available on Apple Podcasts, Google Podcasts, Spotify, and wherever you get your podcasts.