Facebook Oversight Board said on Friday it had extended the timeline for deciding whether to uphold former US President Donald Trump’s indefinite suspension from Facebook and Instagram.

The board, created by Facebook in response to criticism over its handling of problematic content, wrote in a tweet that it would announce the decision in the coming weeks.

Facebook indefinitely blocked Trump’s access to his Facebook and Instagram accounts over concerns of further violent unrest following the January 6 storming of the US Capitol by his supporters. It later handed the case to the board.

The board, which would usually have 90 days to make a decision, had been expected to announce its ruling in the coming days.

But the board said its extension of the case’s public comment period meant it needed more time to review the input. The board has said it had received more than 9,000 comments on the Trump case, more than for any other case.

“The Board will announce its decision on the case concerning former US President Trump’s indefinite suspension from Facebook and Instagram in the coming weeks,” Facebook’s independent oversight body said in a tweet. “The Board’s commitment to carefully reviewing all comments has extended the case timeline, in line with the Board’s bylaws. We will share more information soon.”

Facebook’s oversight board on Tuesday announced an expansion of its remit so that users can appeal content left up on the site as well as content taken down. The board, which some have dubbed Facebook’s “Supreme Court,” can overturn the company’s decisions on whether some individual pieces of content should be displayed on Facebook or its photo-sharing platform Instagram. 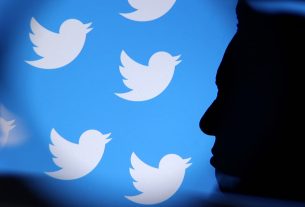