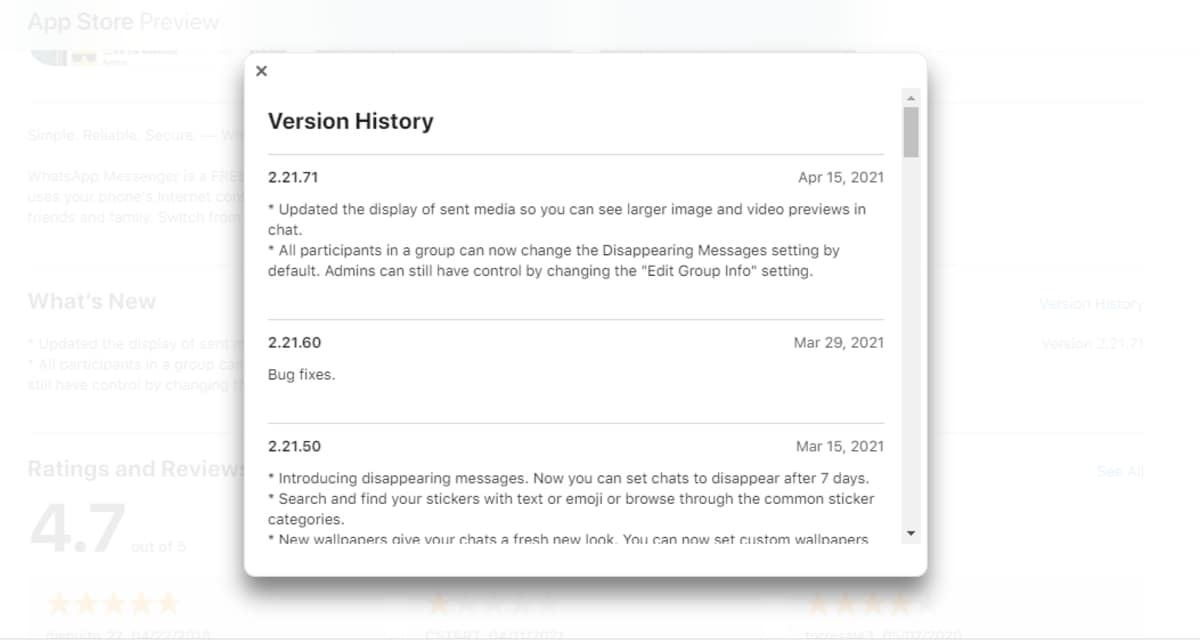 WhatsApp users on iOS have started receiving a new update that brings two major changes. The update has improved the display of sent media so you can see larger image and video previews. Furthermore, WhatsApp earlier used to only let admins control Disappearing Messages, but now with this update, all participants in a group can change the Disappearing Messages setting by default. Apart from Disappearing Messages, WhatsApp is also testing the ability to bring disappearing photos feature to both Android and iOS platforms.

The instant messaging app has released a new update on the App Store. The new WhatsApp for iOS version 2.21.71 brings two new changes for all iOS users on the stable version of the app. The first change makes it easier for users to be able to see photos and videos easily without opening them. The photos and video previews will be much bigger than the small square preview that is seen currently.

Furthermore, WhatsApp for iOS version 2.21.71 has expanded the ability to change the Disappearing Messages setting by default. This setting has now been enabled for all participants in a group, instead of just the admin. However, as per the changelog on App Store, admins can “still have control” over the feature by changing the Edit Group Info setting. This update is rolling out via the App Store and all users should be able to update soon. This appears be a phased rollout so you may not receive the update immediately.

WhatsApp introduced Disappearing Messages on the platform for Android, iOS, and Linux-based KaiOS devices in November last year. It is live for Indian users as well. For those unaware, once Disappearing Messages is enabled, text sent in an individual or group chat will disappear after seven days. This setting won’t affect messages you previously sent or received in the chat before disappearing messages was enabled.