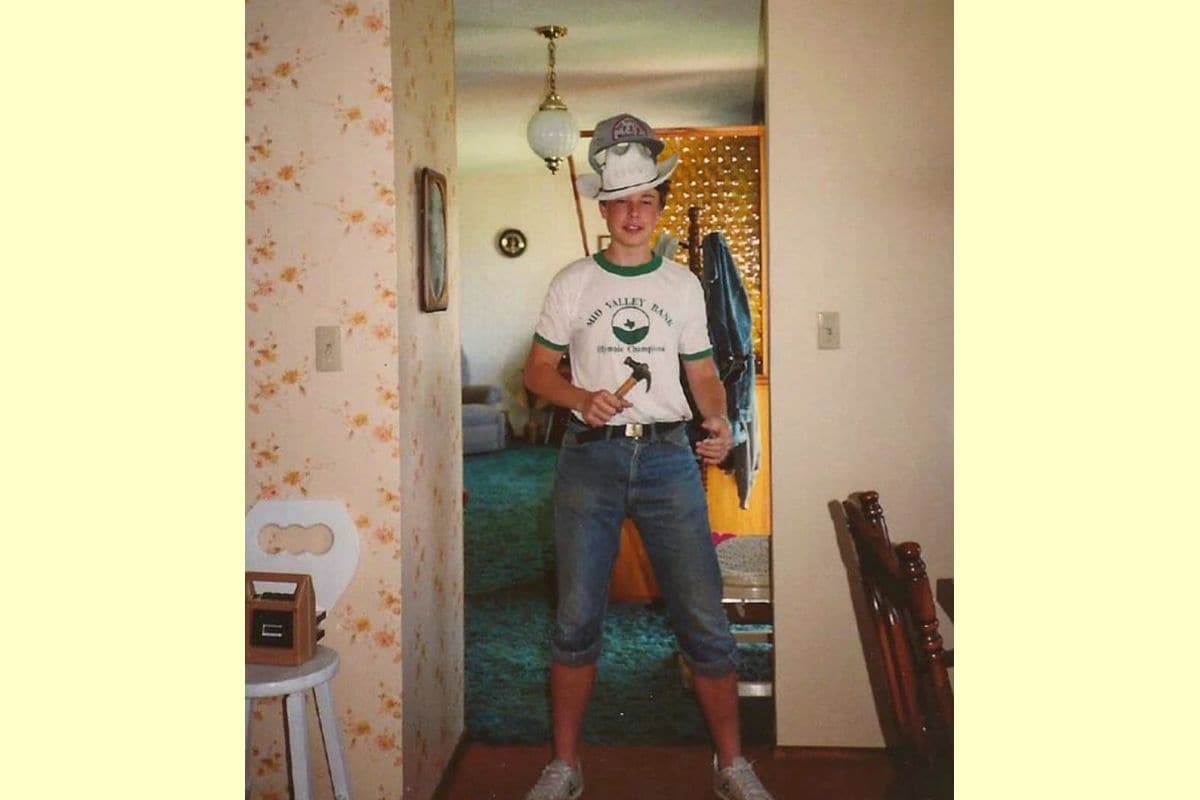 Ever imagined how Elon Musk looked like when he was 17? Well, you can now see for yourself. A photograph of the tech billionaire, from when he was 17, has gone viral on Twitter. Musk is an extremely popular figure on the micro-blogging site. His meme game is right at the top and his market advice can easily make or break stocks. Even though the cryptocurrency mania keeps him in the news most of the time, the reason, this time, is a little different. A Twitter account, Weird History, has shared a picture of the Tesla CEO, which people are finding very fascinating. In the pic, he is seen wearing a white T-shirt and blue jeans, folded up to knees. Musk is wearing a cap over a hat and has a hammer in his right hand. The caption read, “Elon Musk, at 17 years old, visiting his cousin’s farm in Canada wearing “a hat on a hat”. Genius!”

Although wearing a hat on a hat might not be the most reliable sign of genius, it does show that the tech CEO also has a sense of humour and helps to make sense of his frequent jokes and usage of memes on social media. If you were ever wondering if this has just been the attempt of a CEO to seem more human and relatable — well, it looks like Musk has just always been a little weird.

In reply to the tweet, people shared their views about the 17-year-old; most in awe of the fact that the teenager would become one of the richest people on the planet.

A Twitter user wrote that Musk was a “man of many hats”.

“Now, he’s the second-richest billionaire and the man changing the present and the future,” wrote another.

“Who knew that just a few short years later he’d be worth in the hundreds of millions,” said another user.

Most agreed that he was genius and also pointed out that Musk looks almost the same now.

I find the shirt to be the most amusing part of this as well. Fate loves irony.

elon musk started bitcoin mining with a hammer in his hand in Canada.

At a value of $163.7 billion (approximately Rs. 12,25,281 crores) as of March 2021, Musk is the second richest person on the planet, with only Amazon founder Jeff Bezos ahead of him. Bezos has amassed a fortune of $181.6 billion (approximately Rs. 13,59,261 crores). Musk’s wealth grew by five times over the last year and Tesla, the pioneer in electric vehicles, reported a profit for the first time in 2020.

In January this year, Tesla made a staggering $1.5 billion (approximately Rs. 1,12,27 crores) investment in Bitcoin, the world’s first and largest cryptocurrency. A month later, Musk also announced that people could now buy Tesla using Bitcoin as a mode of exchange.