Foxconn is drastically scaling back a planned $10 billion (Rs. 75,400 crores) factory in Wisconsin, US, confirming its retreat from a project that former US President Donald Trump once called “the eighth wonder of the world.”

The Foxconn-Wisconsin deal was first announced to great fanfare at the White House in July 2017, with Trump boasting of it as an example of how his “America first” agenda could revive US tech manufacturing.

For Foxconn, the investment promise was an opportunity for its charismatic founder and then-chairman, Terry Gou, to build goodwill at a moment when Trump’s trade policies threatened the company’s cash cow: building Apple’s iPhone models in China for export to America.

It was supposed to build cutting-edge flat-panel display screens for TVs and other devices and instantly establish Wisconsin as a destination for tech firms.

But industry executives, including some at Foxconn, were highly skeptical of the plan from the start, pointing out that none of the crucial suppliers needed for flat-panel display production were located anywhere near Wisconsin.

The plan faced local opposition too, with critics denouncing a taxpayer giveaway to a foreign company and provisions of the deal that granted extensive water rights and allowed for the acquisition and demolition of houses through eminent domain.

After abandoning its plans for advanced displays, Foxconn later said it would build smaller, earlier-generation displays in Wisconsin, but that plan never came to fruition either.

Prior to Tuesday’s announcement, Foxconn Chairman Liu Young-way told reporters in Taipei that the company currently makes servers, communications technology products and medical devices in Wisconsin, adding that electric vehicles (EVs) have a “promising future” there. He did not elaborate.

Liu had previously said the infrastructure was there in Wisconsin to make EVs because of its proximity to the traditional heartland of US automaking, but the company could also could decide on Mexico.

Hon Hai shares fell as much as 1.6 percent on Wednesday morning, underperforming the broader Taiwan market which was down 0.7 percent.

Wisconsin Governor Tony Evers said the new agreement will save Wisconsin taxpayers “a total of $2.77 billion (roughly Rs. 20,930 crores) compared to the previous contract, maintain accountability measures requiring job creation to receive incentives, and protect hundreds of millions of dollars in local and state infrastructure investments made in support of the project.”

Evers said under the deal negotiated between the Wisconsin Economic Development Corporation and Foxconn, the Taiwan company is eligible to receive up to $80 million (roughly Rs. 600 crores) in performance-based tax credits over six years if it meets employment and capital investment targets. He stressed that the incentives were in line with those available to any company.

Foxconn noted that since 2017, it has invested $900 million (roughly Rs. 6,800 crores) in Wisconsin, including several different facilities in the state.

The state has already spent more than $200 million (roughly Rs. 1,510 crores) on road improvements, tax exemptions and grants to local governments for worker training and employment, according to the records obtained by Wisconsin Public Radio. 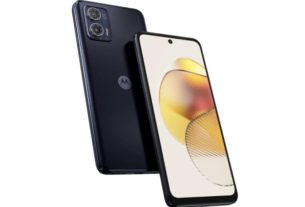