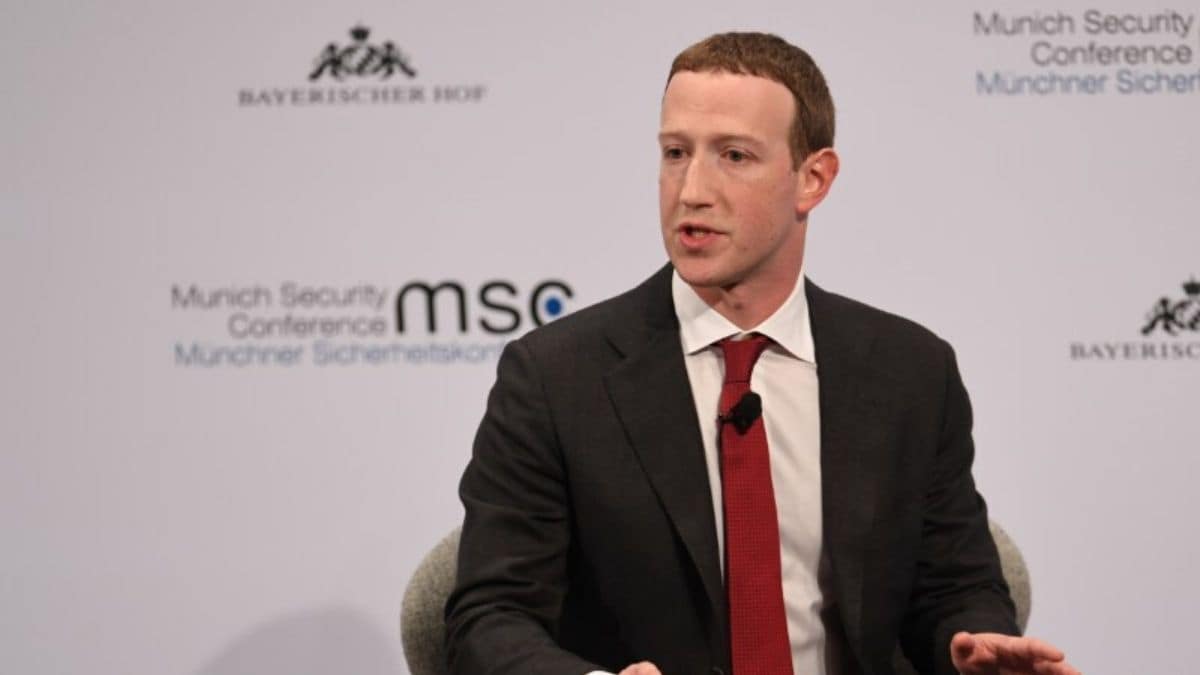 Facebook Founder and CEO Mark Zuckerberg, on Friday, had a question for his millions of followers on the social media platform. “Do you ever get so excited about what you’re working on that you forget to eat meals?” he wrote in a post. In the first comment, the author himself answered the question. He said that it kept happening with him. “I think I’ve lost 10 pounds in the last month from this, but our new products are going to be (fire emoji),” he said.

The most heart-warming comment came from Mark Zuckerberg’s father, Edward. He asked his son, “Do you need Mom and I to deliver meals?” Replying to Zuckerberg senior’s comment, one user, Issac Arturo, said the exchange between the father and son was wholesome. “You can be a billionaire but your parents never stop worrying about you,” he wrote.

Many others, too, responded to the Facebook CEO’s question in their own ways. A user Danielle W. Lundberg said she wished she forgot to eat “but I get hungry and I get headaches”.

Taking a jibe, another user Caitriona Fiáin Ní Dhaltúin wrote he knew what Zuckerberg was up to. “Yes, I know what you mean. Working so hard exposing the corrupt cabal,” he said.

User Jay Padriga, said that he would now leave going to the gym and start working for Facebook founder. “I’m giving up my gym plans and will work for you instead,” he commented.

While Zuckerberg said he had lost 10 pounds in the last one month, Bhupendra Raut said he had gained 10kg during the COVID lockdown. “I gained 10 kg in this covid time,” Raut said.

Since crypto-mania has taken over the world over the past few months, a user, Camil Suello Nuesca, hoped Zuckerberg was working on something related to digital currency. “I hope it’s crypto-related,” she said.

However, one user, Rabab Kamal says she was exactly the opposite of Zuckerberg. “I get so excited to the point where I eat more meals!!! Then I forget to work!!” she said.

Earlier this week, Zuckerberg announced that his company was planning to launch several audio products, including a Clubhouse-style live audio rooms and a way for users to find and play podcasts. Facebook’s decision to venture into the audio market comes following the explosion of interest in Clubhouse, an invite-only audio social media app currently only on iOS where billionaires and celebrities, including Tesla CEO Elon Musk, have popped in to chat.

So, as Facebook constantly changes and evolves to adapt to its users’ needs and technological developments, what is the one feature you’re most excited about?

We dive into all things Apple — iPad Pro, iMac, Apple TV 4K, and AirTag — this week on Orbital, the Gadgets 360 podcast. Orbital is available on Apple Podcasts, Google Podcasts, Spotify, and wherever you get your podcasts.
This article was originally published by Ndtv.com. Read the original article here.
Share on Facebook
Share on Twitter
Share on Pinterest
Share on LinkedIn