WhatsApp was reportedly spotted testing a voice messages playback speed feature on the public beta channel. It was enabled for a few users on WhatsApp for Android beta 2.21.9.4, but disabled again with the release of a new WhatsApp for Android beta 2.21.9.5 update the very next day. This feature has been under development and was spotted to be in the works sometime last month. WhatsApp is working on bringing three audio playback speed levels — 1x, 1.5x, and 2x.

WhatsApp usually tests features for several months before rolling it out to public beta testers. This feature being enabled for public beta may have been a mistake from the company’s end, but one that WhatsApp quickly rectified with a new update. However, this is also an indication that WhatsApp may be close to rolling out the feature soon.

WABetaInfo also spotted WhatsApp testing the ability to delete or make changes to a chat only from an active device, and not any other linked ones. The changes or deleting of any chat through one handset will not be deleted from other linked devices. There is no clarity on why WhatsApp thinks this is important, but we expect the app to also get an option to delete chats from all linked devices in one go.

This feature is under development and will likely come with the multi-device feature that has been a work-in-progress for a while now. Multi-device support will enable users to access their WhatsApp account on up to four devices. The WhatsApp features tracker said that a log out option for linked devices is also under development.

Musk-Twitter Deal: Legal Experts Believe It Would Be Difficult to Prove Investors Were Misled Over Bot Details

A World Without Twitter: Here’s What It Could Mean for Users 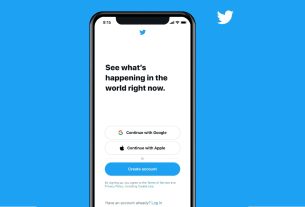