Ehtereum co-founder Vitalik Buterin posted a proof of transfer of 100 ETH and 100 MKR, worth approximately $606,110 (roughly Rs. 4.5 crores), for use in COVID-19 relief in India. Ethereum, the open-source blockchain software founded in 2014, is used to build contracts on the blockchain, and has recently been in the news a lot because of its use in the making and transferring of non-fungible tokens (NFTs) — digital collectibles that can be uniquely identified and held by individuals. Ethereum has a currency called Ether that is the second biggest cryptocurrency in the world after Bitcoin.

Given the scale and scope of the tragedy that coronavirus is causing in India, many relief efforts have sprung into action, ranging from individuals giving their time and helping people coordinate and find resources, to companies donating money for oxygen and other emergency supplies. People around the world are also coming to support India, and Buterin’s donation should help encourage the global cryptocurrency community to make a difference here.

On his Twitter account, the technology founder posted a pair of links to EtherScan, an independent platform for sharing blockchain data built for Ethereum, which showed a transaction of 100 MKR (Maker) and 100 ETH (Ether), that hold a combined market value of over $600,000, or over Rs. 4.5 crores.

Can’t take this sitting down anymore, I am going to run a Covid relief campaign in lieu of what’s going on in India.

I will take full responsibility for transparency, funds usage and regulatory compliance

According to Nailwal’s tweets, he plans to use the funds to get oxygen, food, and possibly even cover the cost of vaccines for poor people, and he has promised that all the spending will be published publicly for complete transparency.

Although you can’t use cryptocurrencies like this to directly fund relief efforts as they’re not widely accepted as currency, despite the name, there is a high market value placed around these tokens; Bitcoin is the largest and most famous, but many others including Ether, Litecoin, and of late, Dogecoin, have become very much in demand. At the time of writing, Bitcoin price is at Rs. 37,12,394, while Ethereum is currently selling for Rs. 1,63,519, and Litecoin will cost you Rs. 16,829 to buy one unit. This means that the fund can be used to generate a lot of money that can in turn be spent on this crisis.

Although Buterin seems to have made this donation in his personal capacity, the Ethereum Foundation has also made significant donations in the past. Last year, the foundation reportedly donated 1,125 ETH to UNICEF, that was at the time worth $262,000 (roughly Rs. 1.9 crores at the time). Before that, in 2019, the foundation donated approximately $150,000 (roughly Rs. 1 crore at the time) in Bitcoin and Ether to UNICEF’s experimental crypto fund.

One such recipient is the Indian startup StaTwig, which is currently working on a project described on its website as a Vaccine Ledger, that can be used for unit level traceability of vaccines, detection of expired products, cold chain monitoring, and more.

Twitter Blue to Relaunch With These New Features; Apple Users to Pay More 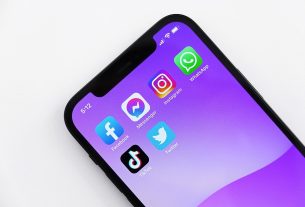 Influencers Will Now Have to Disclose Material Interest for Endorsements 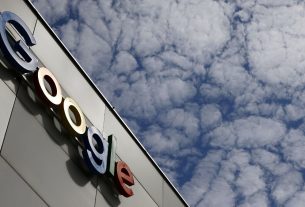