Redmi K40 Gaming Edition has launched in China and is the latest entrant in the Redmi K40 series. The phone, as the name suggests, carries some dedicated gaming features such as retractable shoulder buttons, three mics, Dolby Atmos support and audio tuned by JBL, among others. The design of the Redmi K40 Gaming Edition is more like a regular phone and less like the other gaming phones that have striking designs and are generally thicker. The phone also comes with IP53 dust and water resistance.

Connectivity options on the phone include Wi-Fi, 5G, GPS, NFC, and a USB Type-C port for charging. There is a side-mounted fingerprint scanner as well. Xiaomi is packed a 5,065mAh battery with support for 67W fast charging in the gaming phone. Redmi K40 Gaming Edition also offers IP53 dust and water resistance. It is 8.3mm thick and weighs 205 grams. The speakers have been tuned by JBL. The phone comes with an L-shaped USB Type-C connector. Redmi K40 Gaming Edition features vapour chamber LiquidCool technology with white graphene to keep the phone cool under load. 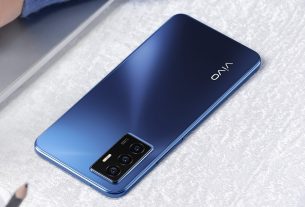