FTX logo with crypto coins with 100 Dollar bill are displayed for illustration. FTX has filed for bankruptcy in the US, seeking court protection as it looks for a way to return money to users.

A year after Nishad Singh became the company’s director of engineering, he quietly emerged as a reliable political donor for Democrats, according to over a dozen Federal Election Commission records reviewed by CNBC.

Singh, who became FTX’s lead engineer in 2019 following a stint at Bankman-Fried’s trading firm Alameda Research, has donated over $13 million to party causes since the start of the 2020 presidential election, according to state and federal campaign finance records.

Singh donated $8 million to federal campaigns in the 2022 election cycle, and all of it went to Democrats, according to the nonpartisan OpenSecrets. He was among a handful of former senior officials at FTX who were deeply involved with financing the 2022 midterms.

The sum makes him the 34th highest donor to all federal campaigns across the country during the latest election, ahead of other party donors such as billionaires Tom Steyer and angel investor Ron Conway, OpenSecrets said.

Singh’s only recorded campaign donation before he took the senior role at FTX was a $2,700 contribution in 2018 to Rep. Sean Casten, D-Ill., a member of the House Financial Services Committee.

Records show some of his donations mirrored those made by Bankman-Fried. The former FTX CEO gave $5 million to the pro-Biden PAC the same month Singh contributed.

Singh, who was among the FTX leaders initially fired after the company collapsed, did not return repeated requests for comment. He reportedly was one of Bankman-Fried’s roommates and contributed to FTX’s philanthropic arm.

Singh’s multimillion dollar output in the midterms makes him only one of the key FTX figures who piled money into the election cycle.

Bankman-Fried contributed $39 million during the 2022 midterms, while co-CEO of FTX Digital Markets Ryan Salame donated another $23 million, according to OpenSecrets. Bankman-Fried gave most of his money to Democrats, while Salame aimed to boost Republicans.

Still, Singh was known in the crypto political fundraising world as a “Bankman-Fried guy,” who made many of the same campaign contributions as the former FTX CEO, according to a strategist for multiple crypto-backed political action committees. Those who declined to be named in this story did so in order to speak about private conversations.

Bankman-Fried and FTX are under investigation by federal authorities and regulators after it was discovered that the cryptocurrency company funneled billions of dollars in FTX client funds into Alameda Research. FTX filed for Chapter 11 bankruptcy last month.

Bankruptcy court filings show that Alameda made $4.1 billion in related party loans, including a $543 million loan to Singh.

The former lead engineer at FTX spread his money across a variety of Democratic causes before the company’s collapse.

Singh gave a combined $2 million in June and July to the Senate Majority PAC, a super PAC that helped Democrats maintain their majority in the U.S. Senate. That’s double the amount Bankman-Fried contributed to the same organization throughout the midterms. That super PAC is currently spending millions to help Sen. Raphael Warnock, D-Ga., defeat Republican candidate Herschel Walker in a runoff campaign for a Senate seat in Georgia.

Singh lists a mailing address in Los Altos Hills, Calif., on the FEC filings showing the contributions to the super PAC. The home was sold last year for over $4 million and features a wraparound deck next to an outdoor hot tub, according to Zillow.

Singh gave $4 million, combined, in August and September to Reproductive Freedom for All, a campaign that boosted a Michigan ballot measure called Proposition 3, according to state records. The ballot measure approved last month effectively codifies abortion rights for people in Michigan.

The $4 million Singh gave to the group doubles billionaire Mike Bloomberg’s $2 million contribution to the same organization in September, records show. A representative for the campaign did not return requests for comment.

Singh gave another $1 million last year to Mind the Gap, a super PAC that was co-founded by Barbara Fried, a lawyer and Sam Bankman-Fried’s mother. The super PAC has reportedly acted as a donor advisory group that helps Democrats raise campaign cash. Singh’s donation was the single largest contribution the PAC has ever received, according to OpenSecrets.

The FEC filing showing the $1 million to Mind the Gap lists Singh’s mailing address as an over 7,000-square-foot-home in Saratoga, Calif. The home is estimated to be worth $8.5 million, according to Zillow.

The political donations came in the buildup to FTX’s collapse. Washington has increased its scrutiny of FTX, and the House Financial Services Committee is preparing to hold a hearing on the platform’s implosion later this month.

The committee has called on Bankman-Fried to testify. The former FTX CEO said in a tweet on Sunday that he may not testify in front of the committee during the Dec. 13 hearing, citing his need to finish “learning and reviewing what happened” at his crypto company.

Committee Chair Rep. Maxine Water, D-Calif., insisted to Bankman-Fried in a tweet on Monday that “it is imperative that you attend our hearing on the 13th.” A lawmaker on the committee told CNBC that, as of Monday evening, Waters had yet to tell members privately that she will subpoena Bankman-Fried to testify. 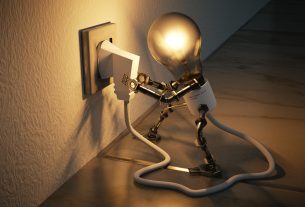 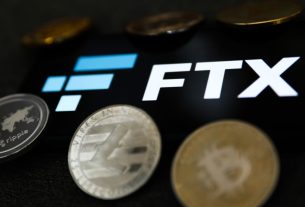