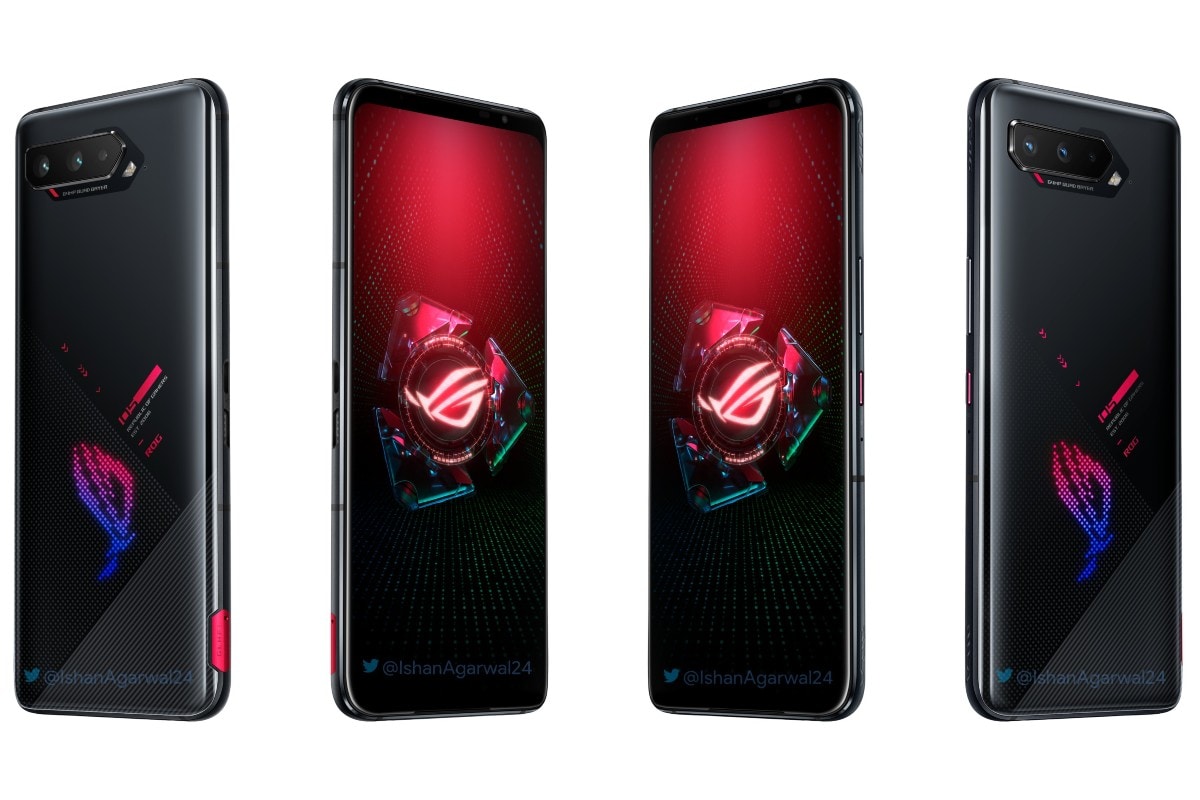 Asus ROG Phone 5 is set to launch in India today, and it will take place through a livestream via the company’s official social media channels. The new Asus phone is expected to arrive as the successor to the ROG Phone 3 that was introduced last year. Although its details are yet to be confirmed, the ROG Phone 5 is speculated to have up to 18GB of RAM and Qualcomm Snapdragon 888 SoC. Some official-looking renders of the upcoming phone have also been leaked online that suggest two distinct colour options.

Upon its official launch, the Asus ROG Phone 5 will be available for purchase in the country through Flipkart — just like the ROG Phone 3.

Separately, tipster Ishan Agarwal has shared some renders of the Asus ROG Phone 5 — suggesting a design similar to that of the ROG Phone 3. The phone appears to have a dot matrix-style section that could support customisable experiences like the Zephyrus G14 laptop. There are also two USB Type-C ports — one is at the bottom and the other one is at one of the sides of the phone. A 3.5mm headphone jack is also visible in the renders.

The Asus ROG Phone 5 may come along with a few gaming accessories, including an updated AeroActive Cooler. The phone may also get two distinct colour options: black/ grey and white. The earlier ROG Phone models, however, had just one colour variant.

What will be the most exciting tech launch of 2021? We discussed this on Orbital, our weekly technology podcast, which you can subscribe to via Apple Podcasts, Google Podcasts, or RSS, download the episode, or just hit the play button below.