Wearable device shipments across the globe increased by 28.4 percent in 2020 compared to the previous year, as per new data by International Data Corporation (IDC). The shipments increased by 27.2 percent in the fourth quarter of 2020 compared to Q4 2019. The data shows that Apple led the pack, shipping 36.2 percent of the total wearable in Q4 2020. Xiaomi was second in the list with Samsung right on its tail in third place. The report credits the pandemic as one of the factors that led to the growth in the wearable shipments globally. IDC includes earwear, watches (both smart and basic), and wristbands under wearables.

According to the latest data shared by IDC, global shipments of wearable devices reached 153.5 million units in Q4 2020, which is a 27.2 percent year-on-year (YoY) growth. Overall, 444.7 million units of wearables were shipped in 2020, registering a growth of 28.4 percent compared to 2019. IDC says lower prices, new product launches, and a newfound focus on health during the pandemic were the key reasons behind this growth.

The report also notes that because of semiconductor shortages, wristbands accounted for just 11.5 percent of the total wearable devices shipped in Q4 2020, which was a 17.8 percent decline. Hearables or devices that offer functionality like a smart assistant, health and fitness tracking, or audio experience enhancement, accounted for 64.2 percent of the wearable shipments. Watches were next in line with 24.1 percent share in Q4 2020.

Earlier this month, IDC released India specific data for wearables, which said that the market grew 144.3 percent YoY in 2020, making India the only country in the top 20 to have a triple digit growth. 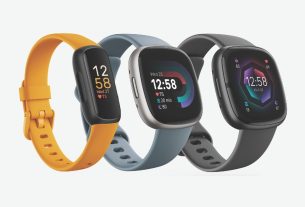