Sometimes called the “Explorer Edition” inside Apple, the rugged variant of the Apple Watch is speculated to have an impact-resistant casing, similar to the ones seen on Casio G-Shock models, reports Bloomberg. It is speculated to have a rubberised exterior, which is better suited for extreme environments than the stainless steel, aluminium, or titanium casings currently on offer with the existing Apple Watch models. Apple has not commented on the speculations of a rugged smartwatch and the report says that the wearable could also be delayed or ultimately cancelled.

Besides the news of a rugged smartwatch in the works, the report also says that Apple is working on a new swim-tracking feature for the Apple Watch. This could enhance the capability of the swim-tracking activity modes on the current models, but the report does not say if this will be a hardware or a software improvement.

Apple led the global wearable shipments in Q4 2020 with a market share of 36.2 percent, according to data from market research firm IDC. As per another report from IDC on India’s burgeoning wearables market, the Cupertino-based company led the sub-category of smartwatches with a 51 percent market share in 2020. 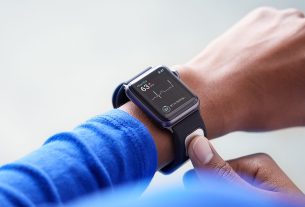 Bass Is the New Craze; Evolving Music Taste and the Consumer Preference in Audio Wearables