Instagram is rolling out a new Remix feature to increase collaboration using Reels. Remix is essentially similar to how TikTok’s Duets feature works – allowing users to record alongside an existing Reel. Instagram Reels users can use the Remix feature to create their own Reel next to one that already exists. This feature should come in handy when capturing your reaction, responding to friends or recreating a trending video. Instagram Reels’ new Remix feature is rolling out for all users globally.

The new Remix feature was announced by Instagram on Twitter. As mentioned, it will let you create your own Reel by recording alongside an existing one. To use this new Remix feature, head to the Instagram Reel that you want to shoot alongside. Select the three dots that show up on the top right corner of the Reel, and choose Remix This Reel option. Instagram will place the recorded Reel on the right corner and let you see your own recording on the left side. Hit the Record button to start recording your Remix. You can edit your video by adding effects, filters, increasing the pace, and adding sound using on the tools showing on the left panel.

The feature will be available by default for newly uploaded Instagram Reels. If you want to Remix old Reels, hit on the three dots on the right of your Reel and click on Enable Remixing. These remixed Reels will show up alongside all the other Instagram Reels on the Reels Tab in your profile. Furthermore, creators will also be able to see who remixed their Reel via the Instagram Activity tab.

Snapchat is also said to be working on a similar feature to rival TikTok’s popular Duets feature. The social platform is also said to call this feature Remix, just like Instagram. 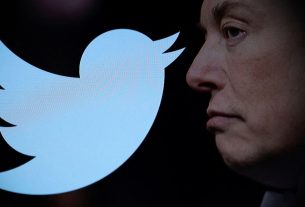 Elon Musk Is Auctioning Off Twitter Memorabilia to Cover Loses

Facebook Profile Locking Steps: How to Lock Your FB Profile via Mobile App or Desktop