Not surprisingly, almost one-third of Apple’s iPhone 12 series sales came from the US, Counterpoint said in its report. It added that strong carrier promotions and demand for 5G in the country were among the top reasons behind Apple’s growth. The iPhone 12 Pro Max was the top-selling model in the US, as consumers in the country preferred the top-end model over the regular iPhone 12.

Following the iPhone 12 series, the iPhone 11 came as the fourth most-selling smartphone globally, according to Counterpoint. The iPhone 11 was launched in September 2019, and it did well in terms of sales across the globe even months after its launch. A report in February claimed that the iPhone 11 was the most shipped smartphone in 2020, with over 64.8 million units shipped worldwide.

After the iPhone models, the affordable Redmi 9A and Redmi 9 by Xiaomi took the fifth and the sixth spot in the list, respectively. Both phones are said to have accounted for 25 percent of Xiaomi’s total smartphone sales for the month.

The Samsung Galaxy A21s managed to retain a place in the top 10 best-selling smartphones list for January with the Galaxy A31 being a new entry.

“With the 5G network rollouts picking pace, OEMs are launching more 5G devices across various price segments,” said Counterpoint Research Associate Monika Sharma. “5G is slowly becoming a standard offering and as prices continue to come down, we will see more mid-tier 5G capable smartphones in the bestseller list in the coming months.”

iPhone 12 Pro Series Is Amazing, but Why Is It So Expensive in India? We discussed this on Orbital, our weekly technology podcast, which you can subscribe to via Apple Podcasts, Google Podcasts, or RSS, download the episode, or just hit the play button below. 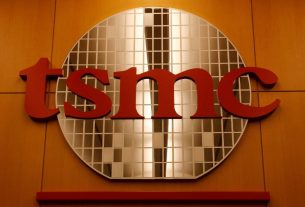 TSMC Expects Annual Revenue of $10 Billion From US Chip Factories