On a recent family ski trip in California, my kids and I popped into an old baseball card shop in the city of Sonora, a former gold mining town in the Sierra Nevada foothills.

As a former rabid card collector, I lit up when I saw the sign for BJ’s Cards and Collectibles on the town’s main drag. With baseball season about to begin, I bought each of my sons, ages 5 and 8, a pack of 2021 Topps cards.

Before ringing me up, the owner, Bill Wiley, was apologetic in informing me that each pack was $5.50. That’s more than a 100% markup from pre-pandemic levels. During the lockdowns, he said, the popularity of sports cards had soared and small dealers like BJ’s were having to pay top dollar to distributors to get inventory. It didn’t matter whether you were talking about single packs or the rarest of collectibles.

“This is the busiest since I can remember,” Wiley, who opened the store with his son in 1992, said in a phone interview this week. “I closed down for nine weeks and when I reopened, there was incredible demand for sports cards.”

Those $5.50 packs I bought my kids in February would now cost $7, according to Wiley, who said he’s paying $148 for a box of 24 packs to make $20 in profit. At the other end of the market, a 1952 Topps Mickey Mantle rookie card sold for a record $5.2 million in January. A month later came the most expensive basketball card transaction in history — a rookie trading card of Dallas Mavericks star guard Luka Doncic was purchased for $4.6 million. And in April, a rookie Tom Brady card was bought at an auction for $2.25 million, a record for football.

Wiley, 68, said buyers today are much different than they were during the heyday of the industry in the 1990s, when collectors would come in and spend hours looking through boxes of random cards.

“A lot of these people are new to the hobby and looking at it as a form of maybe a little bit of gambling,” he said.

The unforeseen revival of the sports card industry that sellers like Wiley are experiencing is colliding headfirst with two other booming trends that have captured the attention of investors: non-fungible tokens (NFTs) and special purpose acquisition companies (SPACs).

On Tuesday, Topps said it’s going public through a SPAC, meaning that it’s being acquired by a publicly-traded blank check company. In the announcement, the 83-year-old sports card and chewing gum company touted both the popularity of physical collectibles and its expansion into NFTs, or digital items that live on blockchain technology.

Former Disney CEO Michael Eisner, who bought Topps 14 years ago, told CNBC’s “Squawk Box” that the digital business, primarily apps, is growing rapidly and that blockchain will be a big part of the future. However, he said physical cards are still driving much of the current business.

Topps’ revenue in 2020 climbed 23% to $567 million, and the company is projecting sales growth of 22% this year followed by 12% expansion in 2022. Through next year, physical goods and confections (Bazooka Gum and Ring Pops) will still make up close to 90% of revenue. In addition to its flagship baseball cards, the company sells cards for Europe’s UEFA Champions League, the National Hockey League, World Wrestling Entertainment and Star Wars.

Eisner said the company had settled on the SPAC transaction based on the trajectory of the existing business, and that the blockchain “explosion came after we made this decision.”

By explosion, he’s referring to products like NBA Top Shot, made by league partner Dapper Labs. Consumers are paying up to hundreds of thousands of dollars for a video highlight of a LeBron James dunk or a Zion Williamson blocked shot. The clips are purchased as NFTs, which have unique codes on blockchain that certify their authenticity.

LeBron James of the Los Angeles Lakers at a game against the LA Clippers at ESPN Wide World Of Sports Complex on July 30, 2020 in Lake Buena Vista, Florida.
Mike Ehrmann | Getty Images

‘More time on their hand’

For card dealers like Ron Gustafson, owner of MVP Sports Cards & Collectibles in Sebastian, Florida, the timing of Topps’ plan to hit the public market is fascinating. From his 1,000-square-foot shop in a strip mall near the coast, Gustafson has witnessed firsthand the remarkable revival of a business that in recent decades has trended more in the direction of traditional retail.

Gustafson, who has three daughters, opened his store in 2017 as a passion project and side gig to the tax business he’s owned since 2008. He said that when the pandemic hit, things were very slow at first because of the shutdowns and concerns about the economy. The resurgence began around the time the NBA restarted its season in the Orlando bubble in July, he said.

“That really helped as far as getting sports fans back,” Gustafson said. “The card market just completely skyrocketed. Maybe folks were home and more people had more time on their hand.”

Even with store occupancy limits and appointment viewing, Gustafson said he recently recouped his initial $250,000 he put into the business and is now seeing gains. While Topps controls most of the baseball card market, the more popular products right now are football cards and the most expensive are basketball, he said. Panini America owns the licenses for those leagues.

Gustafson said his most interesting appointment of the year came one Saturday in March, after he got a call from someone asking if his store had any boxes of Panini’s Prizm football cards, which he sells for $1,500. Gustafson said he did, and the man told him he’d be there in a half hour.

When he arrived, the man asked Gustafson if he happened to have any rookie cards for Alex Bregman, an infielder for the Houston Astros. Gustafson said he didn’t and asked why he was looking.

“He said, ‘Because I’m Alex Bregman,” Gustafson said. “Sure enough, he grabbed the last three Prizm boxes off the shelf and let us take a picture.”

Bregman was in Florida for Spring Training. The Astros play about 90 miles south of Sebastian, in West Palm Beach but had a game that day against the New York Mets in the nearby town of Port St. Lucie. Gustafson said he originally planned to attend the game that day and was going to let his store manager run the shop.

“Had I gone to the game I would have missed Alex Bregman,” Gustafson said. Instead, he met Bregman and made a $4,500 sale.

Gustafson said he’s still unsure about where the digital market is headed. Panini has a blockchain product with online card auctions, though it has very “niche popularity,” he said. The physical card with a handwritten autograph is still what excites collectors, he said, and so does buying and owning boxes of packs that go up in value as rookies from that year turn into stars.

Still, there are plenty of ways that blockchain could make even the traditional card market more efficient and trustworthy, Gustafson said. For example, there’s no good way to price old and rare cards. Sellers still tend to look on eBay to see the last transaction price. Others send cards off by mail and pay to have them graded by specialty authenticators. Those processes are tedious and imperfect.

“Folks are warming up to the digital side of things because of what digital currency is doing from an investment standpoint,” said Gustafson, adding that he’s invested a bit in cryptocurrencies bitcoin and ethereum. “Collectors still want something physical in return.”

WATCH: The rise of NFTs and why people are collecting moments and assets differently 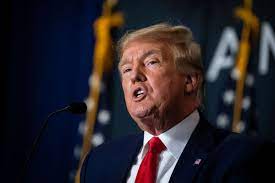 Trumps digital cards sell out within a day 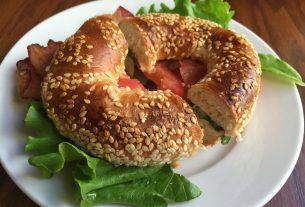