Realme has taken a new approach to design, and the Realme 8 Pro has some bold styling. The company has plastered its tagline “Dare to Leap” across the back of the smartphone. The text has a glossy finish which makes it pop against the fine-textured finish on the rest of the back. Realme has also gone with bright colours for this smartphone, called Infinite Blue and Illuminating Yellow. If you would prefer something subtle, the Infinite Black option is the one for you.

The second highlight of the Realme 8 Pro is its cameras. It has a quad-camera setup at the back that protrudes in a two-step design. The first step houses the flash while the second has four individual camera lenses. I found the Realme 8 Pro to be relatively slim and easy to use. The back of the smartphone curves around the sides which makes it comfortable to hold the device.

The Realme 8 Pro has a 6.4-inch AMOLED display with a hole punch

From the front, the Realme 8 Pro looks like its predecessor, the Realme 7 Pro. It still has a big 6.4-inch Super AMOLED display with a hole-punch front camera in the top left corner. The borders on the sides are acceptable though the chin is a tad bigger in comparison. The frame of the Realme 8 Pro is made out of plastic, and the power and the volume buttons are on the right. These buttons are well positioned and were easy to reach during one-handed use. The SIM tray is on the left side, while all the ports are at the bottom.

You get a 4,500mAh battery which is about average for a smartphone these days. This has helped Realme keep the weight of the 8 Pro down to 176g, and thickness at 8.1mm. The battery is capable of 50W fast charging and Realme has bundled a 65W charger in the box.

Realme hasn’t fiddled around with the specifications, and compared to the Realme 7 Pro (Review), it is largely unchanged. The Realme 8 Pro still has a 6.4-inch Super AMOLED panel with a full-HD+ resolution and in-display fingerprint scanner. It is also powered by the same Qualcomm Snapdragon 720G processor, and the RAM and storage combinations remain unchanged as well at 6GB or 8GB of LPDDR4X RAM and 128GB of UFS 2.1 storage. The battery capacity is also the same at 4,500mAh but charging speed is limited to 50W while the Realme 7 Pro could charge at 65W.

The Realme 8 Pro is said to have a brighter display compared to the Realme 7 Pro, but this new model misses out on stereo speakers and uses Asahi Dragontrail reinforced glass instead of Corning Gorilla Glass. You’ll also have to settle for Bluetooth 5.0 instead of Bluetooth 5.1. On the other hand, some of the improvements include a better primary camera, and Android 11 out of the box compared to Android 10, which the Realme 7 Pro offered.

Realme’s tagline is plastered across the back

Realme offers its custom Realme UI 2.0 on top of Android 11 along with the February Android security patch, which is slightly dated at this point. The UI is customised but not to the point of confusion. You will be able to find the right settings easily. The Settings app has a section called Realme Labs which has experimental beta features that you can try before they potentially get introduced in a software update.

The Realme 8 Pro has a fair amount of bloatware preinstalled. Apart from a few Google apps, it has Flipkart, Amazon, Realme Community, Heyfun, Snapchat and a few other apps. I got a few spammy notifications from the HeyFun, the Themes store, and the browser.

The Realme 8 Pro managed to deliver good performance, and I did not face any issues while using it with everyday apps. The display is crisp and it gets bright enough outdoors, though I would have liked to have had stereo speakers. I found the in-display fingerprint scanner to be quick to unlock the smartphone.

The Realme 8 Pro ran Call of Duty Mobile without any issues, and it defaulted to the High preset for graphics as well as frame rate. The game ran fine at these settings and I did not notice any lag or stutter. The Realme 8 Pro was slightly warm to the touch after playing the game for 20 minutes and registered a six percent battery drop.

The Realme 8 Pro has a 108-megapixel primary camera

I ran our entire suite of benchmarks to see how the Realme 8 Pro fares against some of the competition. In AnTuTu, it managed to score 2,87,443 points, while it scored 852 in PCMark Work 2.0. In graphics benchmark GFXBench’s T-Rex and Car Chase scenes, the Realme 8 Pro scored 60fps and 16fps respectively. Surprisingly the scores are quite similar to those of its more affordable sibling, the Realme 8.

The battery on the Realme 8 Pro lasted me about a day and a half. In our HD video loop test, the phone managed to go on for 26 hours and 14 minutes which is a very good score. The Realme 8 Pro charges at 50W and it was capable of getting to 75 percent in 30 minutes. Fast charging meant that I never had to keep the phone plugged in for too long.

One major change with the Realme 8 Pro compared to the Realme 7 Pro is its cameras. The Realme 8 Pro houses a 108-megapixel primary rear camera which isn’t very common in the sub-Rs. 20,000 market. It also has an 8-megapixel ultra-wide-angle camera, a 2-megapixel macro camera, and a 2-megapixel B&W camera. The camera app UI is easy to use and I did not have any issues finding the right setting. There is a quick toggle to enable AI Scene enhancement, and when enabled, the phone is quick to detect any scene and set up for it accordingly.

Daylight shots taken with the Realme 8 Pro were decent. Objects at a distance were recognisable but were not as sharp as I would have liked. I found the AI to be a tad aggressive, bumping up colour saturation unnecessarily at times. You do have the option to shoot at the full 108-megapixel resolution, and the phone takes slightly longer to capture the shot. Photos shot at this resolution had better details. If you want to crop into a photo after shooting, you would be better off using this resolution.

Close-ups were good, and the phone does manage a soft depth effect around the subject. However, I noticed that the Realme 8 Pro failed to capture details very well when shooting bright red flowers. Portrait shots were better, with good edge detection between the subject and the background. The phone also lets you set the level of blur before taking the shot.

The ultra-wide angle camera produced softer images which lacked details, so it’s best to use it for landscape shots. The macro camera is limited in terms of resolution but it does help in delivering a sharp usable shot at close range.

Low-light shots taken in the default mode looked good, but details weren’t as sharp on zooming in. The Night mode takes about five seconds to take a shot and produced sharper images with better details.

Selfies taken with the Realme 8 Pro were crisp and the phone managed to capture sharp shots in most lighting conditions. It does offer the option to take portrait selfies as well. These photos had good edge detection and it could detect faces even with masks on.

Video recording tops out at 4K for the primary camera but it lacks stabilisation at this resolution. Footage shot at 1080p isn’t stabilised by default and you need to enable Ultra Steady mode manually. There is an Ultra Steady Max mode as well, which shoots footage using the ultra-wide-angle camera for better stability. The process seems unnecessarily complicated, with an extra step for stabilisation. Video quality was average overall.

The Realme 7 Pro (Review) would be a better pick over the Realme 8 Pro for most people, since you get faster charging, stereo speakers, and better overall camera performance, plus you can get it at a good price when it goes on sale. Alternatively, you could also save some money and pick the Redmi Note 10 Pro instead. 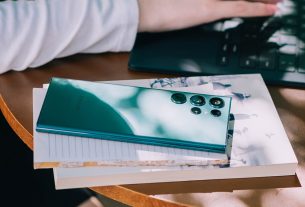 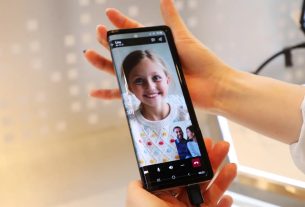 Samsung Has Revealed a 360-Degree Foldable Screen for Smartphones: Report