HTC Vive Air VR headset has been leaked via a design award by a Hanover-based organisation. The VR headset will be the latest addition to HTC’s Vive VR headset family that includes the Cosmos series, Pro series, and Focus series. Images of HTC Vive Air have been shared on the design award website and the description says the headset has been designed for virtual fitness and has been inspired by sports shoes. HTC, however, has reportedly stated that this is just a concept and not shared any more information on the Vive Air VR headset.

First spotted by Twitter user and VR enthusiasts Cas and Chary VR, the HTC Vive Air headset was part of iF World’s awards list and images for the headset were shared on iF World Design Guide website. The images show a white and grey headset with yellow accents and Vive branding on the straps. There are four sensors on the front of the headset, what seems to be foam padding, and an adjustable head strap.

The description on the website states, “VIVE Air VR headset is specially designed for virtual fitness, optimised for high intensity with long use. Inspired by sports shoes, the new headset introduces knitted materials to VR to provide unprecedented comfort and fit. The breathable and quick-drying fabrics improve ventilation in the heated exercise.” 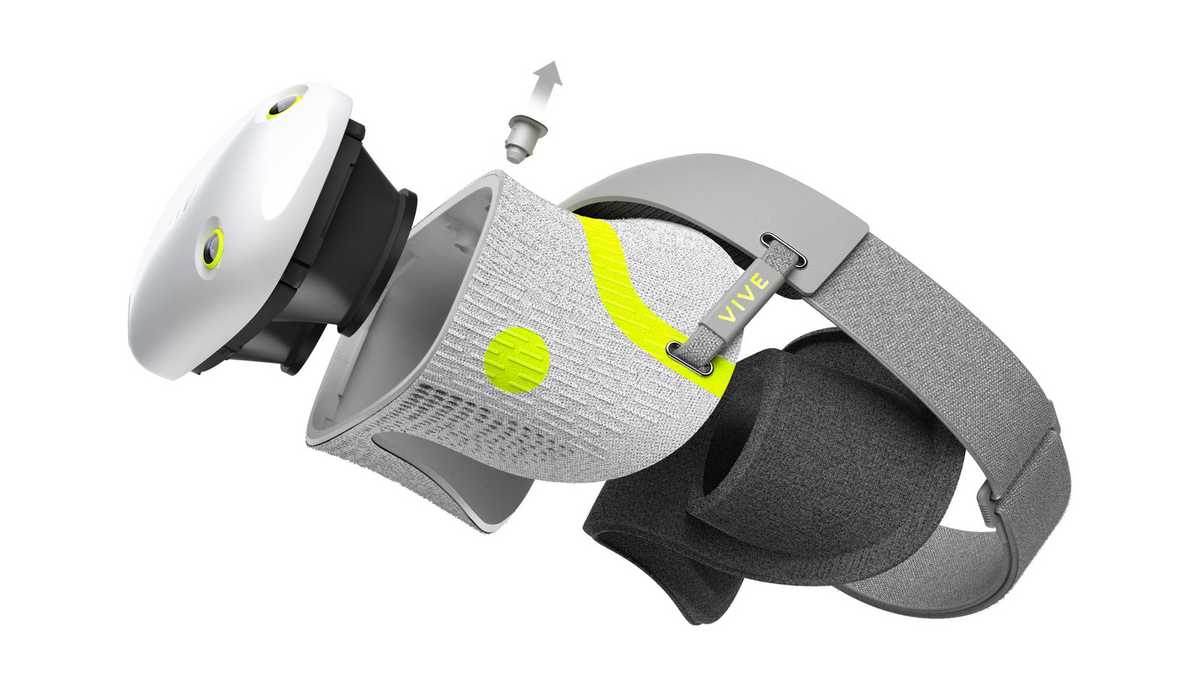 This knitted design can be seen in the images and it looks like a lightweight VR headset with sufficient amount of padding. It also has a quick-release design for the soft components which will be ideal for cleaning and washing.

According to a statement given to UploadVR by HTC, the Vive Air that won the iF Design Award is just a concept but its “design language has elements and inspirations you’ll see elsewhere in our HTC products.” HTC recently announced it will be hosting its ViveCon 2021 event from May 11 where it is expected to unveil a new VR headset. At this point, it is unclear if the Vive Air VR headset will be unveiled at the event.


Vineet Washington writes about gaming, smartphones, audio devices, and new technologies for Gadgets 360, out of Delhi. Vineet is a Senior Sub-editor for Gadgets 360, and has frequently written about gaming on all platforms and new developments in the world of smartphones. In his free time, Vineet likes to play video games, make clay models, play the guitar, watch sketch-comedy, and anime. Vineet is available on vineetw@ndtv.com, so please send in your leads and tips.
More

Apple Watch Series 8 May Get a New Red Shade, Tipped to Be Offered in 41mm, 45mm Case Sizes