Cyberpunk 2077 has actor Shruti Haasan excited. She recently posted an Instagram Reel that shows her unboxing a Cyberpunk 2077 Collector’s Edition sent to her by the game’s Polish developer CD Projekt. It’s a massive box with multiple sleeves and includes the game along with some really cool memorabilia. Shruti captioned the post, “It’s here! Straight from night city! Finally! It’s the time to unbox this beauty”. Cyberpunk 2077 Collector’s Edition for PS4 is priced in India at Rs. 24,999.

In the Instagram Reels, Haasan is seen removing the yellow storage container from the box by using a handle as if she were pulling it out of a server room. The box is huge. It looks even bigger and taller thanks to the jacket-like sleeve that CD Projekt decided to add to the actual box. After removing a couple of sleeves, Shruti finally unveils the smaller box inside that holds the game.

CD Projekt launched Cyberpunk 2077, a futuristic RPG featuring Keanu Reeves, in December 2020. It quickly went from being among of the most anticipated to the most derided games of 2020 and received some scathing reviews for its bugs and glitches that especially plagued the console versions. Analysts had said that CD Projekt needed to present a credible plan to fix those problems to start regaining the trust of gamers and investors.

Not just that, the game, billed as an “open-world, action-adventure story set in … a megalopolis obsessed with power, glamour and body modification”, was delayed at least three times before it finally made its debut. And within a week, Sony pulled it down from its PlayStation Store after complaints of glitches. Adam Kicinski, Joint-CEO of CD Projekt, recently said that the company had no plans to shelve the game and was committed to fixing glitches to make its flagship game a long-term success.

The game received its first hotfix update after Patch 1.2 and it addressed some of the issues created by the said patch as well as further improved the overall stability. Hotfix 1.21 is live on PC, consoles, as well as Stadia. Just like other patches and hotfixes, CD Projekt Red shared a long list of fixes and improvements that this hotfix brings. These include fixes for the quest, open world, gameplay, UI, stability, and performance issues, apart from some console-specific changes.

In terms of the quest and open-world related fixes, issues with Cyberpsycho Sighting missions including Discount Doc and Bloody Ritual have been addressed. In-game character Takemura will not get stuck in Japantown Docks during the Down on the Street mission. Hollocalls with Mitch should not get stuck post Hotfix 1.21. Crashes during the Hippocratic Oath gig have been addressed. There are several fixes for “Big in Japan” mission, along with a myriad of quest-related fixes that have been pushed to the game.

In terms of gameplay and other fixes, NCPD officers will no longer spawn behind the player if they commit a crime on a rooftop. NPC clipping issues have been addressed as well. Scanning UI is now less cluttered. Memory management improvements have been made with Hotfix 1.21 for Cyberpunk 2077.

Cyberpunk 2077 Gets Long List of Fixes, Stability Improvements With Hotfix 1.21

But despite the troubled roll-out due to the reported bugs, glitches, and several other issues in the game, the sale numbers are staggering, much in line with the amount of excitement the game generated before its launch. The game sold 13.7 million copies by the end of 2020, making it the largest game in the company’s history.

Going by these impressive numbers, will you purchase it? Let us know in the comments section below. 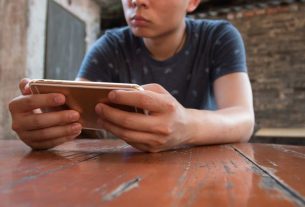