According to The Verge, the new addition will be separate from its new in-app Spotify player. Podcasters will be able to distribute their shows through their Facebook page and will opt into doing so. However, the exact product details are still unclear.

It is possible this will operate through RSS or that creator will have a backend way to upload their content to Facebook. This functionality is expected to roll out within the next “few months,” according to a Facebook blog post.

As reported by The Verge, last week, Facebook CEO Mark Zuckerberg described the Spotify partnership as being primarily about “music” during a chat with ”Platformer” writer Casey Newton. But Spotify’s release about its Facebook mini-player today specifically calls out its use case for podcasts.

With the upcoming feature, users will be able to share episodes and listen to them from within the Facebook app without navigating to Spotify. But the company has other plans to be more ingrained in the podcasting ecosystem.

In addition, podcasts are still primarily an ad-based product, implying that Facebook could gather data about shows and listeners and target its own advertisements against them, possibly giving creators a cut.

It could also offer creators a way to put them behind a subscription paywall, similarly to Apple’s forthcoming Apple Podcasts Subscriptions, which Apple announced last week. Facebook’s formal entry into the podcast player space would mean nearly all the tech giants run their own podcast products, including Apple, Google, and Amazon, on top of Spotify and other smaller apps. 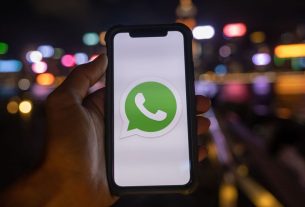