“The KDC Spoofing vulnerability allows an attacker to bypass the Kerberos authentication to Big-IP Access Policy Manager (APM), bypass security policies and gain unfettered access to sensitive workloads,” Silverfort researchers Yaron Kassner and Rotem Zach said in a report. “In some cases this can be used to bypass authentication to the Big-IP admin console as well.”

Coinciding with the public disclosure, F5 has released a patch to address the weakness.

Kerberos is an authentication protocol that relies on a client-server model for mutual authentication and requires a trusted intermediary called Key Distribution Center (KDC) — a Kerberos Authentication Server (AS) or a Ticket Granting Server in this case — that acts as a repository of shared secret keys of all users as well as information about which users have access privileges to which services on which network servers.

Thus when a user, say Alice, wants to access a particular service on a server (Bob), Alice is prompted to provide her username and password to verify her identity, after which the AS checks if Alice has access privileges to Bob, and if so, issue a “ticket” permitting the user to use the service until its expiration time.

Also essential as part of the process is the authentication of KDC to the server, in the absence of which the security of the Kerberos gets compromised, thus allowing an attacker that has the ability to hijack the network communication between Big-IP and the domain controller (which is the KDC) to sidestep the authentication entirely.

In a nutshell, the idea is that when the Kerberos protocol is implemented the right way, an adversary attempting to impersonate the KDC cannot bypass the authentication protections. The spoofing attack, therefore, hinges on the possibility that there exist insecure Kerberos configurations so as to hijack the communication between the client and the domain controller, leveraging it to create a fraudulent KDC that diverts the traffic intended for the controller to the fake KDC, and subsequently authenticate itself to the client. 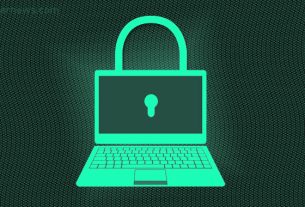