TCL P725 4K HDR LED TV series has been launched in India at affordable prices, and is claimed by the company to be the first television running Android TV 11 in the country. The new TV series will be available in four sizes – 43-inch, 50-inch, 55-inch, and 65-inch – with prices starting at Rs. 41,990 for the 43-inch variant. All of the televisions in the series are 4K HDR LED TVs, with support for Dolby Vision HDR and Dolby Atmos audio technologies. The company also launched its Ocarina Smart AC series in the country, priced at Rs. 33,990 onwards.

The Ocarina Smart AC series will be on sale exclusively on the TCL India online store, and will be available in three variants – 1-ton, 1.5-ton, and 2-ton – with prices starting at Rs. 33,990. The smart AC series will be up for pre-orders starting March 20, although only the 1-ton option is currently listed on the company’s site.

Claimed by the company to be the first smart TV in India to run Android TV 11, the TCL P725 runs both the stock Android TV interface as well as the company’s Channel 3.0 custom launcher. Android TV gives the television access to over 7,000 apps and games through the Google Play Store for Android TV, including popular streaming services such as Netflix and Disney+ Hotstar. There is also built-in Chromecast on the television series.

Apart from this, the TCL P725 series features support for HDR up to the Dolby Vision standard, along with Dolby Atmos audio. MEMC (Motion Estimation and Motion Compensation) technology for smoother motion, an included video call camera, and hands-free access to Google Assistant are also touted as key features on the TCL P725 televisions.

The TCL Ocarina Smart AC series has also been launched in India, and features smart connectivity for remote control through the TCL Home app. The air conditioner can also be controlled through voice assistants, including Google Assistant and Amazon Alexa. There is also a gentle breeze mode, and UVC sterilisation for elimination of bacteria in the air. 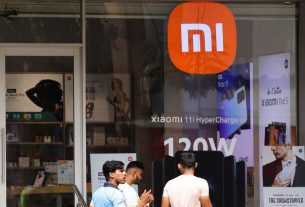