Earlier this month, Samsung Galaxy M42 5G was spotted on Wi-Fi Alliance and Bluetooth SIG certification websites which suggested that the phone could be a rebranded Galaxy A42 5G. It was also spotted on 3C certification website back in November 2020. The Galaxy M42 5G could be the first Galaxy M-series phone to come with 5G when it launches in India.

On the other hand, Samsung Galaxy A42 5G was launched in September last year in select regions. At the time, the company did not share pricing or specifications for the phone. Then, about a month later, its specifications and pricing were revealed. The phone features a 6.6-inch HD+ Super AMOLED display and is said to be powered by the Qualcomm Snapdragon 750G. It packs a quad rear camera setup that houses a 48-megapixel primary sensor, an 8-megapixel secondary sensor with an ultra-wide-angle lens, a 5-megapixel depth sensor, and a 5-megapixel macro shooter. The Galaxy A42 5G is backed by a 5,000mAh battery that supports 15W fast charging. 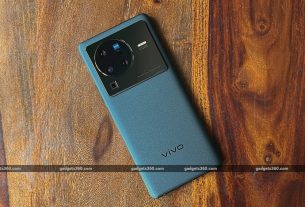