Ahead of IPL 2021, fantasy sports platform MyTeam11 has introduced a new T20 season campaign called ‘Ab Poora India Khelega’ to gear up for the upcoming cricket tournament which begins this week, on April 9. The company says that it saw a rise of 3x-3.5x during the 2020 IPL tournament, and it is hoping to see a similar response this year with the new campaign. The fantasy league platform claims to have a user base of 18 million+. MyTeam11 app offers ten major games including cricket, kabaddi, association football, basketball, handball, field hockey, baseball, rugby, American professional football, and volleyball.

This comes just ahead of IPL 2021 that begins on April 9. Indian viewers can stream the matches on Disney+ Hotstar. Subscription for Disney+ Hotstar VIP is at Rs. 399 a year and Disney+ Hotstar Premium subscription is priced at Rs. 1,499 a year (Rs. 299 a month). Yupp TV has bagged official digital broadcasting rights for IPL outside of India in over 100 countries.

However, fantasy cricket is not without its detractors or controversy either. In fact, it is not permitted in some states of the country; aside from that, there are those who feel that the online gaming industry should not be involved with real money gaming, and see it as detrimental to the industry.

GOQii founder Vishal Gondal, who is also an investor in FauG creator nCore Games, recently said that fantasy sport, betting on sports, and online games such as rummy, that are using real money, are gambling and should be banned. His statements got him into trouble and he was even summoned by the police in Faridabad for his comments on real money gaming.

However, fantasy gaming remains one of the fast growing segments of online gaming in India — a 2020 report by Nasscom states that online gaming is expected to reach Rs 187 billion by 2022, and the All India Gaming Federation CEO Roland Landers said in the same report, “Online Real Money Skill Gaming (RMG) Industry is now poised to grow exponentially owing to the rise in digitally rich consumers and financial inclusion.” 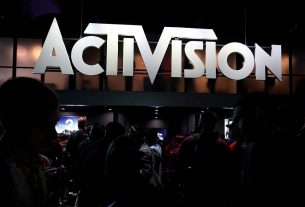