Apple AirPods Pro and AirPods (2nd Gen) are receiving a firmware update to version 3E751, the first update since September 2020, as per a report. As with most Apple audio firmware updates, there is no way to manually apply the update. AirPods are updated automatically through a connection with a compatible source device such as an iPhone or an iPad. As of now, it’s unclear what new features or changes come with the firmware update, but it’s likely that it will bring some improvements and fixes for the overall usage experience for both AirPods variants.

The report from MacRumors mentions the new firmware version number to be 3E751, but does not provide any information on what changes are coming to the AirPods range through this update. Users can check the current firmware on the AirPods Pro and AirPods (2nd Gen) through the Bluetooth settings on an iOS device.

We checked for the firmware update on our AirPods Pro review unit, but the update had not been applied at the time of writing. Since it isn’t possible to manually force the update, users will have to wait until the update is automatically applied, which happens in due course upon connecting the earphones to a compatible source device.

The previous firmware, version 3A283, for AirPods Pro and second-generation AirPods, brought new features including support for Spatial Audio and quick switching. The former allows for direction-based audio positioning with supported content, while the latter allows users to quickly and seamless switch between source devices such as iPhone, iPad, or Mac computer, depending on the device in use.

Apple more recently launched the AirPods Max over-ear headphones, that is priced at Rs. 59,900 in India. The next-generation AirPods are likely to be launched later this year, alongside the iPhone 13 series that is currently in development. 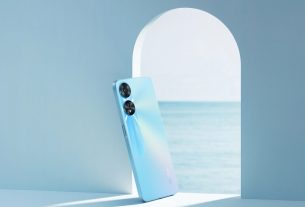