After a shockingly strong quarter in which Apple revenue grew 54% to sales of nearly $90 billion, with double-digit growth in every product category, Wall Street is already asking if Apple can keep it up through the rest of the year.

While Apple hasn’t provided official future guidance since the start of the pandemic, CFO Luca Maestri said that Apple would again grow in the quarter ending this June, by “strong-double digits.”

But there were some caveats.

It turns out Apple is dealing with the same microchip shortage that has snarled companies and industries around the world, despite its legendary operations group, built by CEO Tim Cook, which locks important components in for years at competitive prices.

Apple said on Wednesday that it expected its third-quarter sales to be about $3 billion to $4 billion less than it could be if it didn’t have supply issues, primarily for its iPad tablets and Mac laptops and desktops. (Analysts polled before Wednesday’s earnings expect Apple to report about $70 billion in sales next quarter.)

Cook said Apple’s issue was mainly in “legacy node” chips which use older manufacturing methods, as compared to the bleeding-edge high-performance chips that power the heart of its gadgets.

Cook didn’t specify which parts were in short supply, but Apple buys a lot of legacy node chips for functions transmitting data to displays, delivering power to cameras, decoding audio, and managing batteries.

“Most of our issue is on licensing those legacy nodes, there are many different people not only in the same industry, but across other industries that are using legacy nodes,” Cook said, adding that he didn’t know specifically how much demand for production capacity there might be from competitors and other industries.

Ultimately, Apple struck an optimistic note, especially compared to companies in other industries like autos which have been warning about chip shortages for months. For example, Ford said on Wednesday that it would lose half of its second-quarter production due to the microchip shortage.

Apple emphasized that part of the reason that it’s forecasting supply shortages in the current quarter is because of massive demand. iPad sales were up 79% and Mac sales up 70% in the most recent quarter, so there’s clearly a lot of people who want to buy them.

“For Mac, for example if you put it into context, the last three quarters of Mac have been the best three-quarters ever in this history of the product, right?” Maestri said.

If there is a company that is built to weather supply chain challenges related to chips, it’s Apple, which buys massive amounts of components each year and is an important enough client to remain a priority for chip manufacturers and designers.

In fact, one reason for Apple’s blowout second quarter is that it did not face any product shortages during the period, Cook said, attributing it to the company’s supply chain expertise.

“How are we able to do that? You wind up collapsing all of your buffers and offsets. And that happens all the way through the supply chain. So that enables you to go a bit higher than what we were expecting to sell when we went into the quarter.” 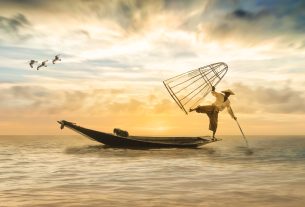